An Encyclopedia of Chinese Food and Cooking

China is divided into distinctive schools of cooking—each distin- guished primarily by a varied combination of spices and sauces—that are defined geographically. The four most important are Peking, Canton, Shanghai, and Szechuan, all tending toward mutual exclusivity (the Cantonese customarily do not serve foods from Peking).

Other regions no doubt have contributed greatly to the overall Chinese cuisine, but these may represent only one or a few characteristic dishes, and therefore cannot be considered representative of a specific school. However, where possible, such individual regions have been identified for a unique dish.

Two further designations regarding origin are assigned to the recipes in this book: adapted and general, the former derived from authentic, formerly untranslated Chinese texts. Because the original Chinese text provided no quantities for ingredients, and gave no sources, these adapted recipes had to be perfected in the author’s kitchen ; the general recipes are so designated because their principal ingredients, as well as their auxiliary vegetables, seasonings, spices, and sauces, are found and used throughout China.

Peking, for centuries the capital of China (as it is again), was inhabited by China’s emperors and aristocrats. Since the twelfth century, it has been the seat of government and China’s intellectual and cultural center. It was natural in such an environment for many elegant, imaginative dishes to be created, or imported. Peking’s essential character always resisted change, its many barbarian conquests and subsequent occupations notwithstanding. It was the same with regard to cooking. Many chefs from other areas migrated to the capital, and it became the home of some of the finest restaurants in the

filial piety—the lamb kneels respectfully before its mother while feeding. The cock is supposed to be the incarnation of the yang, which represents all the warm, positive elements of universal life. It also symbolizes six virtues: literary spirit, warlike disposition, courage (willingness to fight), the ability to chase away ghosts, punctuality (crowing to announce each new day), and benevolence (sharing food with its mate). Ducks symbolize felicity and are emblems of conjugal fidelity; one of a pair will die soon after being separated from its mate. The pigeon and dove represent longevity, faithfulness, benevolence, and filial duty. Fish symbolize wealth and abundance; because they usually swim in pairs within schools they represent the joys and harmony of union and fecundity (for their immense reproductive powers).

The egg represents both the positive (white) and negative (yolk) : yin and yang, the principles of universal life. Yang, the positive life force, in the heavens stands for sun and light; among humans, for vigor, male potency, penetration, and the monad. Yin relates to the negative forces of the earth, and is identified with the moon, darkness, quiescence, the female qualities.

This has nothing to do with the scarcity of meat. Many Chinese Buddhists, for religious reasons, will eat only vegetables, the cooking of which this group developed to a high degree. The scientific study of vegetables became a part of Taoism, and its devotees devised a highly nutritional vegetable diet, an art so refined that their vegetable dishes resemble meats in taste as well as texture. 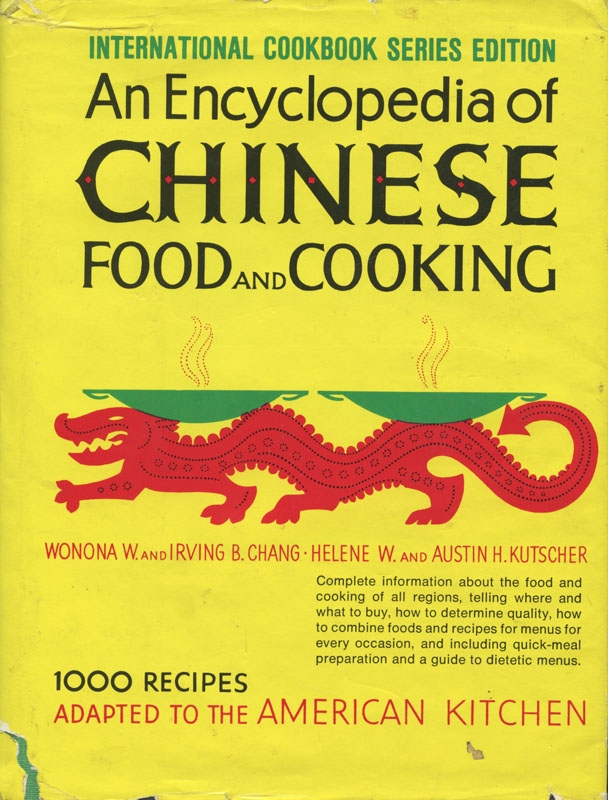 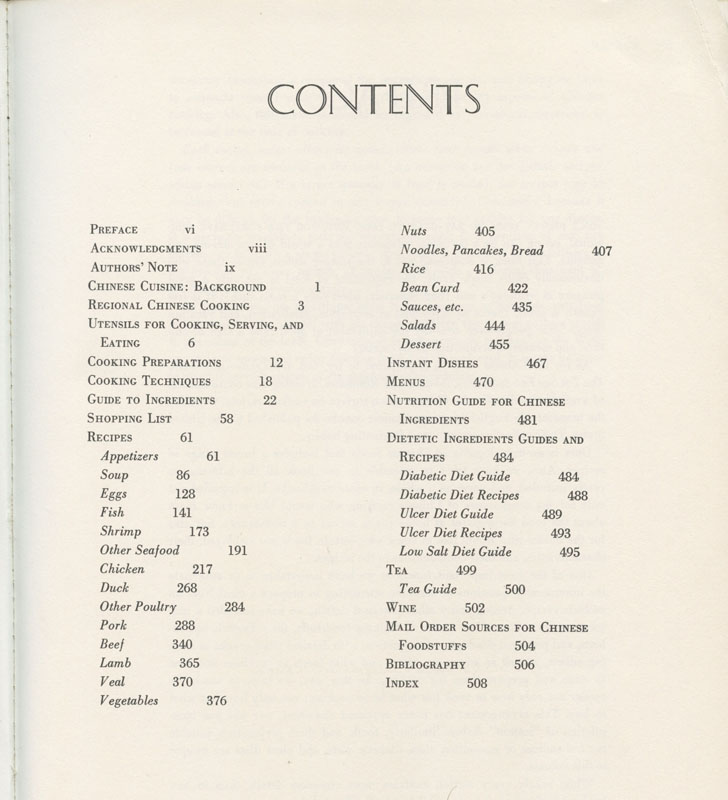 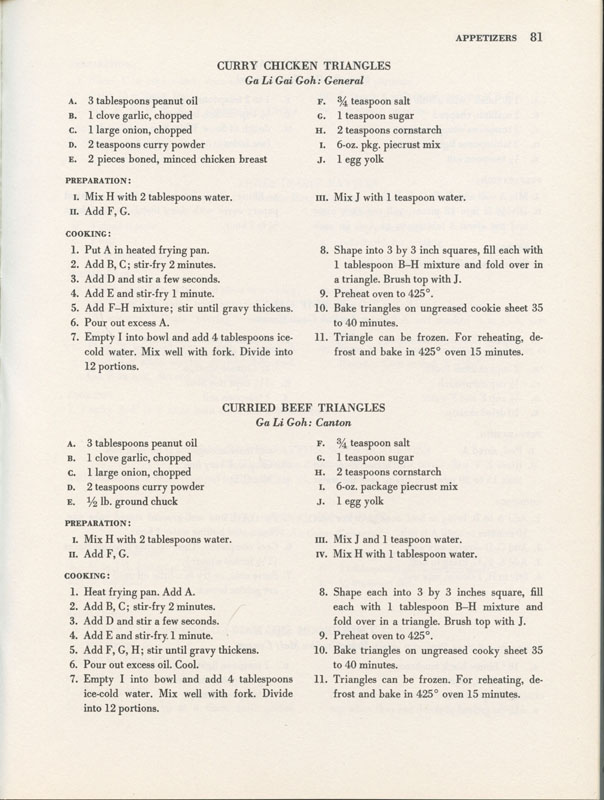