Good food has been an important part of my life since my earliest childhood. I well remember my family gathered around the dinner table endlessly discussing what we were to eat, how it would be prepared, what our favourite dishes were, the best methods for cooking various delicacies, and so forth. In fact this is a common experience for most Chinese - food is our favourite topic of conversation. For us food is more than a passion, it is an obsession, and good eating is believed to be essential to good living. We Chinese have an expression: ‘Chi fan le mei you7 which literally means: 'Have you eaten yet?'. It is used universally as a greeting, just as one would ask in English, 'How are you?1. It is also a wish for one's health and happiness. It is an entirely appropriate phrase since food to the Chinese has always meant much more than mere sustenance, and the processes of cultivating, selecting, cooking and consuming it are completely embedded into Chinese culture. Like all Chinese children, I absorbed a great deal of knowledge about Chinese cuisine simply by listening to the dinner table conversations of my relations.

My real culinary training, however, took place in my uncle's restaurant in Chicago where I started to work part-time at the age of eleven. In those early days I had all the routine, unpleasant jobs. I remember peeling hundreds of pounds of prawns, a tedious and painful chore. I also have memories of cleaning what seemed like mountains of huge sea snails which were delivered to the kitchen in enormous burlap bags. All the time I was thus employed I was surrounded by the wonderful aromas of the mouth-watering dishes being prepared by the expert chefs. Slowly they taught me why a particular spice went with a certain meat, why this sauce suited that vegetable: in short, the essence of Chinese cooking technique.

Although my family were originally from southern province of Guangdong, my uncle employed chefs from many different parts of China. Many people think that all Chinese cooking is similar, which is understandable since all Chinese cooks share a common technique, and since so many restaurants in the West blur the distinctions between the various regional styles. But China is a vast country with great variations in climate, agricultural tradition and available foodstuffs. It is no wonder then, that there are actually many variations in culinary style within China. They can be separated into four key regional categories:

THE SOUTHERN SCHOOL This is the region of Guangdong (Cantonese) cuisine which is probably the best known in the West because in the nineteenth century many Chinese families emigrated from this area to Europe, Australia and America. Cantonese cooking is regarded by many as the haute cuisine of China. Some people attribute this to the influence of the brilliant chefs of the Imperial Court who fled to

In China, there is an old proverb: Food is the first necessity of man K;

That is to say,  food plays a very important role in our everyday lives. Over time, people around the world have celebrated the importance of food, and countries have developed their own unique cuisines and specialties.

Today, Chinese cuisine is one of the most popular foods in the world.

My father, who worked for the Chinese postal service in the early 1920s in Beijing, was very fond of good food. My mother, a devoted wife, cooked nearly every meal for my father. Moving to Urumqi Xinjiang iffiS Province, and then to Nanning Guangxi llf jRf Province, my family was well traveled in China before I was born. My brother and sisters often told me how affluent we were before the communists took over. Since my mother was a terrific cook who entertained friends and guests frequently, I learned to appreciate good food at a very young age.

Nevertheless, growing up in Taiwan, I was never really interested in cooking. Being the youngest in the family, I was quite spoiled and seldom needed in the kitchen. In 1962, after finishing college in Taipei,

I went to Okinawa to visit my brother, who was working for the U.S. government. There 1 met my husband, Richard Jewell, a widower with three small children. After we married, I faced a sink-or-swim situation in the kitchen. The maid taught me how to cook a few simple dishes, such as beef stew, meat loaf, and spaghetti. But friends and relatives assumed that, since I was Chinese, I would naturally be able to prepare dishes from my native cuisine. I felt a sense of panic.

So I made up my mind that I was going to learn to be a good cook. Shortly after immigrating to the United States in 1964,1 realized that, even though I wasn’t yet an expert, I could do a decent job in the kitchen. I discovered that, if I tried very hard, I could conquer my fears. I immersed myself in several cookbooks, including the Joy of Cooking, which I considered to be my bible. My mother began sending me a variety of Chinese cookbooks for me to study. Since I knew what a well-prepared dish should taste like, I’d start by following the recipe, then experiment until I got the taste right. In 1969, my family and I moved to England, where I had more opportunities to cook for friends. I felt satisfied and encouraged when my guests praised the meals I prepared. I began to realize that I had a genuine talent and love for cooking.

In 1972, we moved back to Okinawa and lived there for two more years. I heard that a Mrs. Huang, who had taken cooking lessons from a very well-known Chinese cooking instructor in Taiwan, was giving private Chinese cooking lessons. I organized a group of like-minded women, and we started studying with Mrs. Huang. My own kitchen became a classroom for almost two years. Those lessons under Mrs. Huang’s tutelage gave me the confidence that I was following the right techniques in the kitchen. 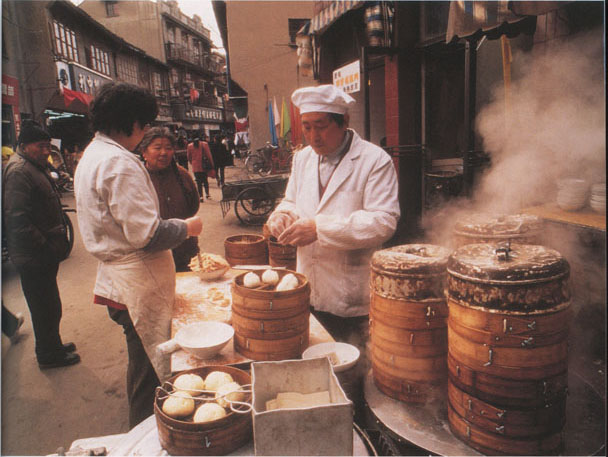 When we moved to Fairfax, Virginia, in 1974,1 continued to hone my Chinese cooking skills. I frequently entertained friends and started offering private cooking lessons out of my home. Then, in the late 1970s, I began teaching for Fairfax County Adult and Community Education. I also taught Chinese cooking for the Northern Virginia Community' College extension program for two years. At present I teach for L’Academie de Cuisine, Sur La Table, Arlington Adult Education, and Fairfax County Adult and Community Education. Off and on, I have taught Chinese cooking for more than twenty-five years.

With encouragement from my family, friends, and students, I decided to compile a cookbook containing recipes that I have collected and fine-tuned over the years. The dishes that you’ll discover in

this book have brought much joy to my family, my students, and myself, and I hope they will do the same for you.

I want to thank my late mother, who gave me the opportunity to discover good food at a very young age; my husband Richard, who helped me transcribe my recipes over the years; and my son Christopher, who taught me how to use a computer. My thanks also to my daughters-in law Anna and Janice for proofreading the manuscript. Most of all, I want to thank my son Andrew. This book never would have been completed without his countless hours of meticulous editing, guidance, and encouragement. 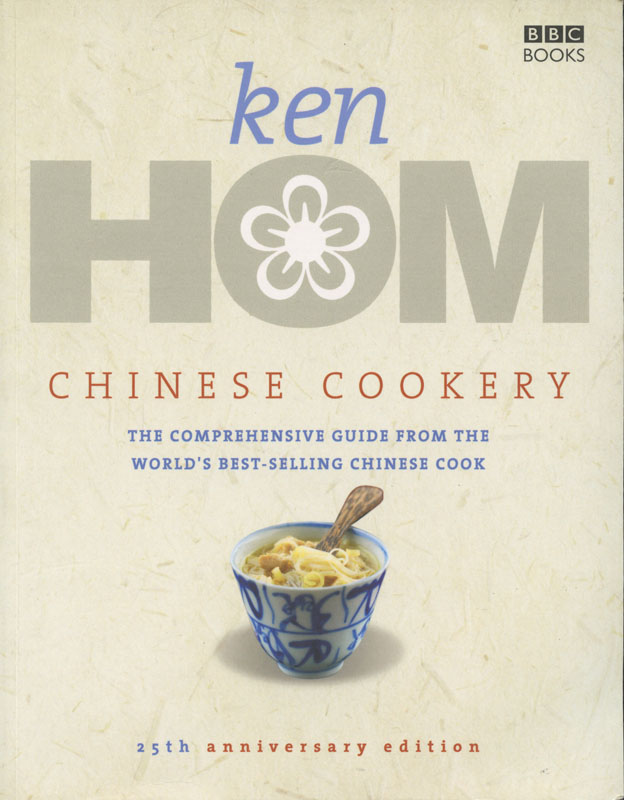 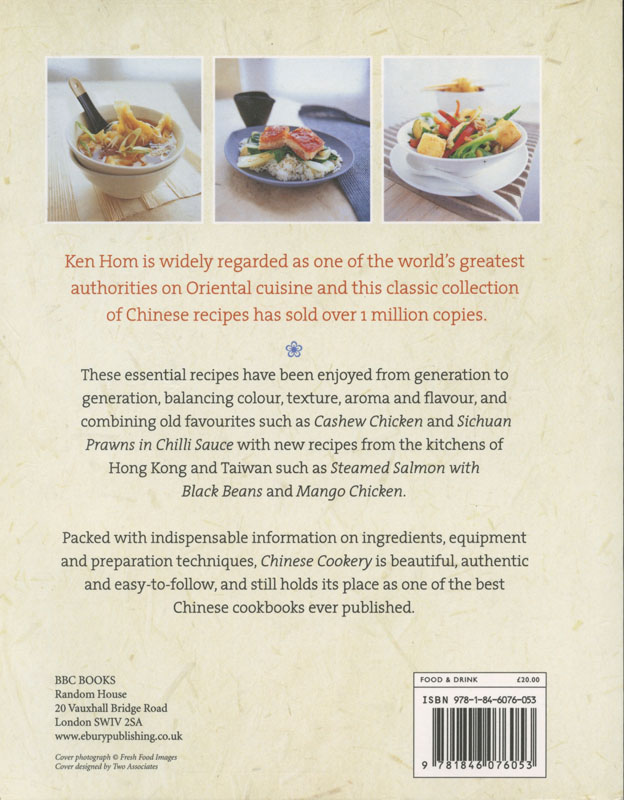 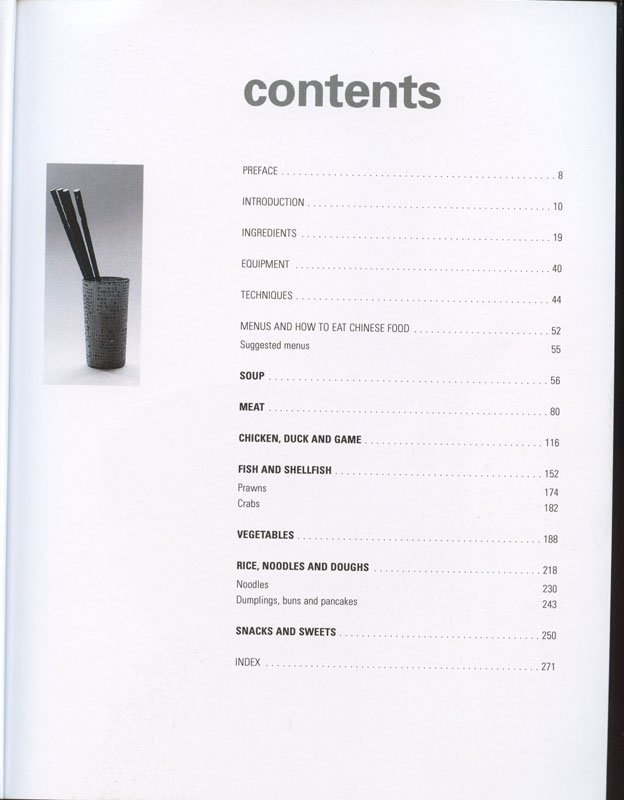 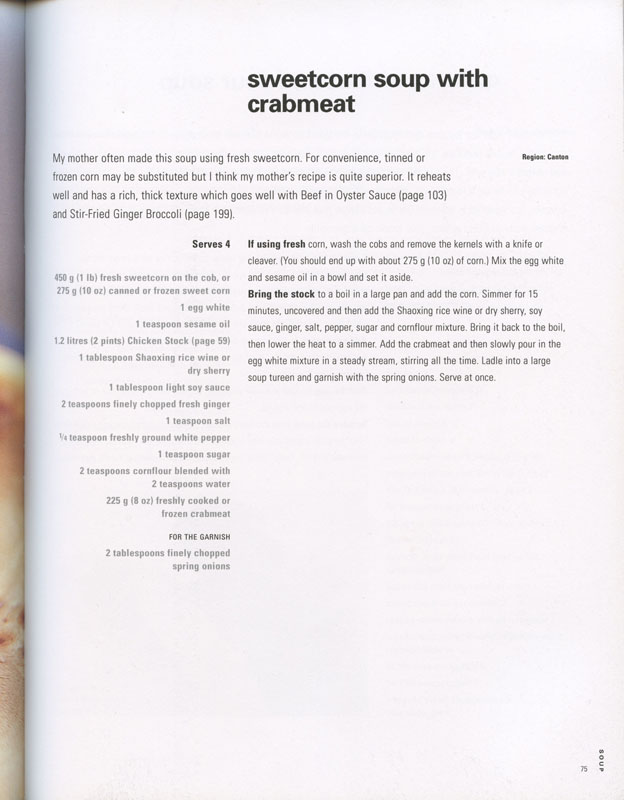 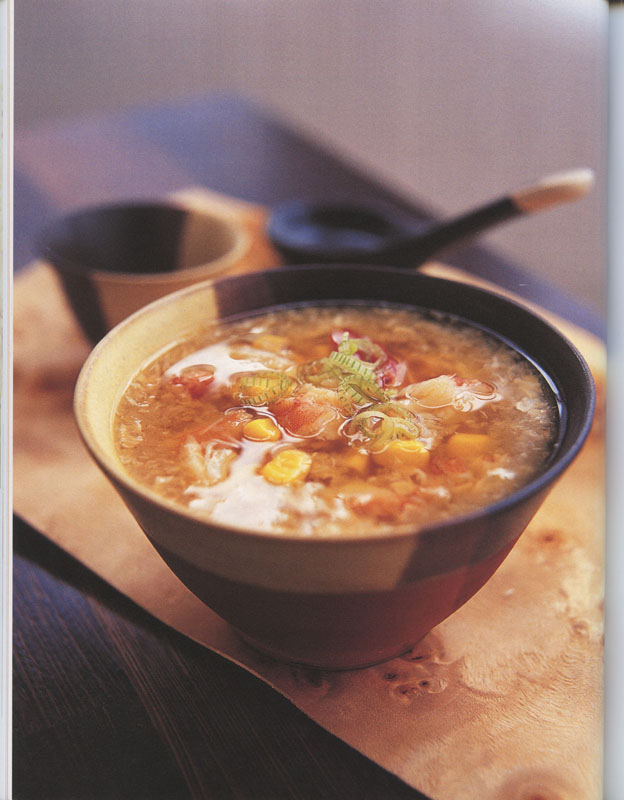