Someone once asked me:

What is your favorite sound in the world?

“The sizzling sound of Chinese food, when the ingredients are added into a hot wok and that distinct aroma fills the kitchen.”
I grew up listening to the musical rhythms of Chinese cooking in my home. Even though I was born in Penang, Malaysia, with a Nyonya (local Chinese in the Malay Peninsula who have adopted local traditions) grandmother,am, ultimately, Chinese. I grew up eating mostly Chinese food, speaking a Chinese dialect as my mother tongue, and attending Chinese school until college. My late mother was the designated cook in our family; watching her cook was a significant part of my childhood.
As a little girl, there was something inherently attractive about what was going on in the kitchen.
Every morning, my mother headed out to the local market, scouring the stands and vendors for the freshest ingredients. Upon her return, she would be busy with the preparation work: shelling shrimp, cleaning fish, cutting vegetables, chopping chicken, or slicing meat. I would always stand beside my mother, sometimes on tiptoe, watching silently and curiously as she proceeded with her daily kitchen chores. The motions and sequences danced in front of my eyes—I was mesmerized.
The first round of cooking would always start just after a.m., when my mother would fire up her dark, well-seasoned Chinese wok on the propane stovetop. As soon as a swirl of white smoke began to appear from the edges of the wok, she would pour in some peanut oil. Then the nutty aro ma of peanut oil started wafting out of the wok. Chopped garlic or ginger (depending on the dish she was making) and the main ingredient would be added into the wok, and that was when the loud and lively sizzling sound of the wok started to sound like a seductive song. Then the unforgettable fragrance of Chinese cooking permeated our home.
This is how I learned to love Chinese food.

While I was an ardent observer of my mother’s cooking, I never had a chance to actually practice the cooking part because my mother wouldn’t allow it.
“You don’t know how to cook. You would just spoil everything,” she would say in a disapproving tone.
I was allowed to help her with the prepping of the ingredients, such as the mundane chore of removing roots from heaps of fresh bean sprouts, but my opportunity t< create these dishes wouldn’t come until later. In fact, it was not until I left home to attend college in Kuala Lumpur—the capital of Malaysia—that I had my first real opportunity to cook: a potluck party hosted by me. The menu I planned was a classic array of Chinese dishes: stir-fry vegetables, soup, shrimp, and chicken—guaranteed to impress...so I thought.
After years of observation, I was convinced that Chines cooking was easy. Instead, my stir-fried vegetables turned a horrid purple due to over-cooking; the soup was bland and dull; the shrimp didn’t taste good; and the chicken was salty and rubbery. Still, dinner had to be served and so everyone sat around the table silently eating, and then someone sighed (in relief, I think), “I am so glad that dinner’s over!”
I was thoroughly embarrassed, but it was true, I was a TERRIBLE cook. I thought I had “training” while growing up, but my lack of experience was obvious. Watching my mother cook hadn’t created cooking skills, I learned that good cooking needs to be cultivated and earned—a cook’s journey that I had to undertake for myself.
Soon after that I got a hold of my first Chinese “cookbook,” a recipe booklet, distributed with the purchase of a bottle of oyster sauce.
This booklet covered the fundamentals of Chinese cooking and some of the different cooking methods involved in Chinese cooking. I studied the recipes earnestly, and for the first time, I started grasping the basics: how to cook meat to velvety tenderness, how to ensure that vegetables are crisp, and how the seasonings need to complement and balance the natural flavors of the ingredients. I followed the booklet’s recipes, went through my share of trials and errors, and soon after that I started cooking Chinese food successfully. I produced aromatic and mouthwatering ginger and scallion chicken— one of the classic Chinese stir-fry dishes. I made restaurant-style sweet-and-sour shrimp with the robust flavors that intermingled with the succulence and texture of the shrimp.
I served glossy green vegetables with oyster sauce that were crisp and crunchy.
As I started to master the art of fundamental Chinese cooking, my creations started to get unanimous nods and praises from my family and friends, marking the defining moment in which I had blossomed into a good cook. It was also then that I became a die-hard aficionado of Chinese cuisine, a cuisine that I have resolved to continue learning about, experimenting with, and, of course, eating!
Over the ensuing years, I was fortunate to have had many opportunities to travel all over Asia, especially to China and Hong Kong. With each journey, I discovered and experienced something new about Chinese cuisine. In the small alleys of Beijing’s hutong, I sampled brightly flavorful jiaozi and dumplings, and reveled in freshly made noodles and soups. In a 1930’s era mansion in Shanghai’s French Concession,
I savored impeccable and refined Shanghainese cuisine. At a roadside stall in Chengdu, Sichuan, my taste buds were treated to the explosively flavorful, tongue-numbing, lip-tingling spicy mala Sichuan concoctions. In a fine Cantonese restaurant in Hong Kong, I was immersed in a gastronomical ecstasy after a 10-course Cantonese banquet dinner of supreme delicacies. On the island of Xiamen, in the Fujian province, I was treated to an array of delectable seafood dishes that were remarkably succulent and tasty. This amazing cuisine is a culinary celebration of gastronomical variety in both texture and taste making it my favorite cuisine in the world. 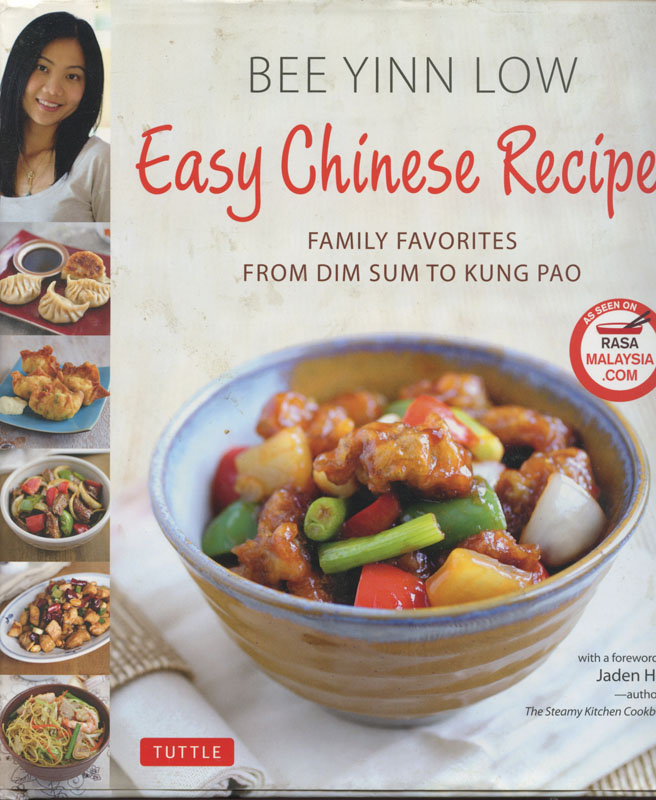 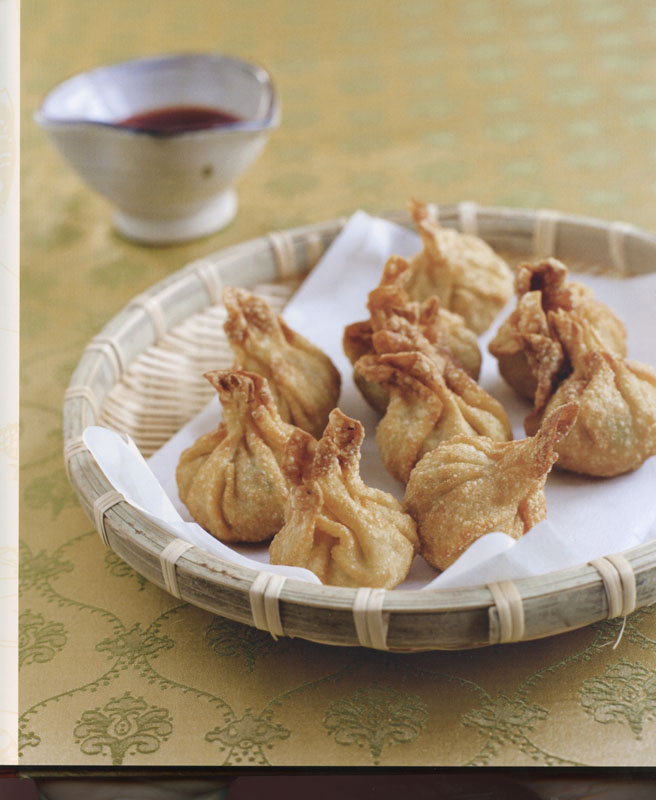 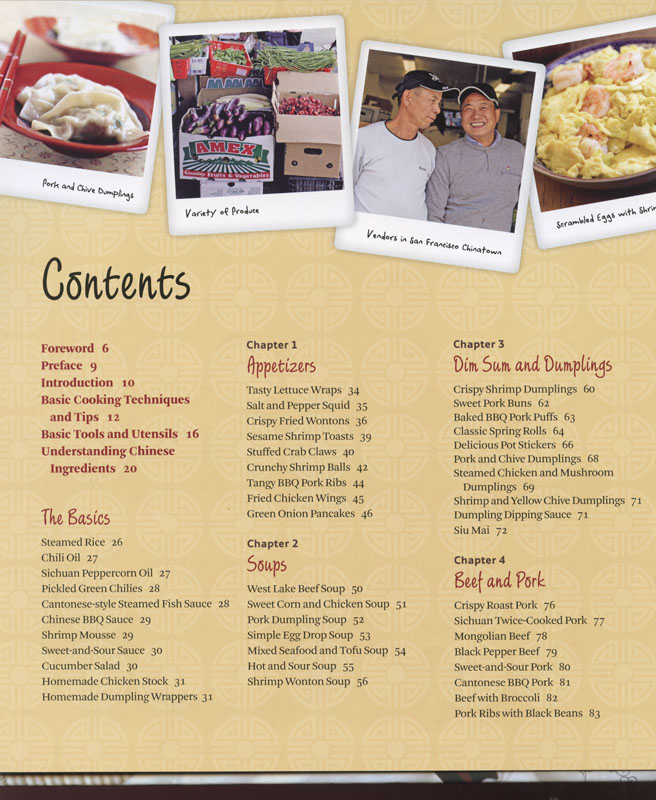 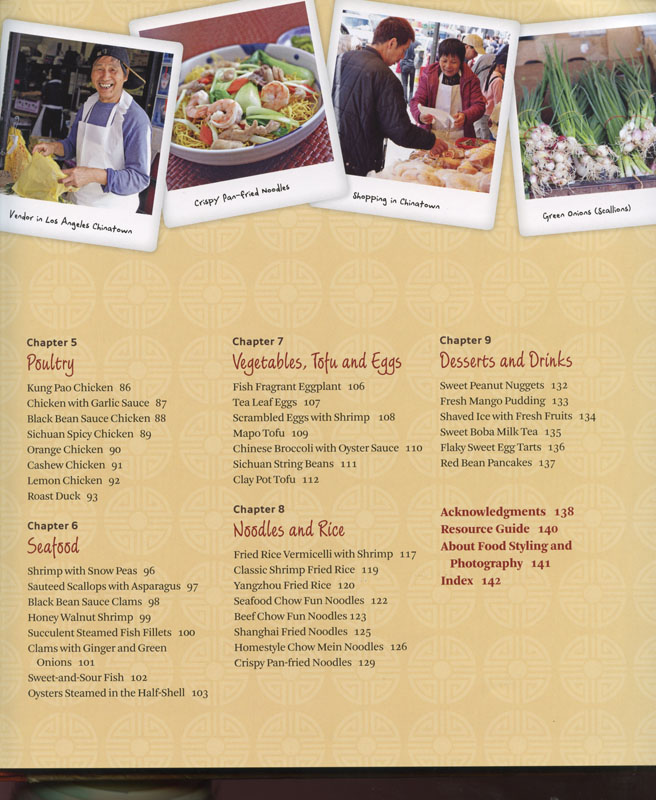 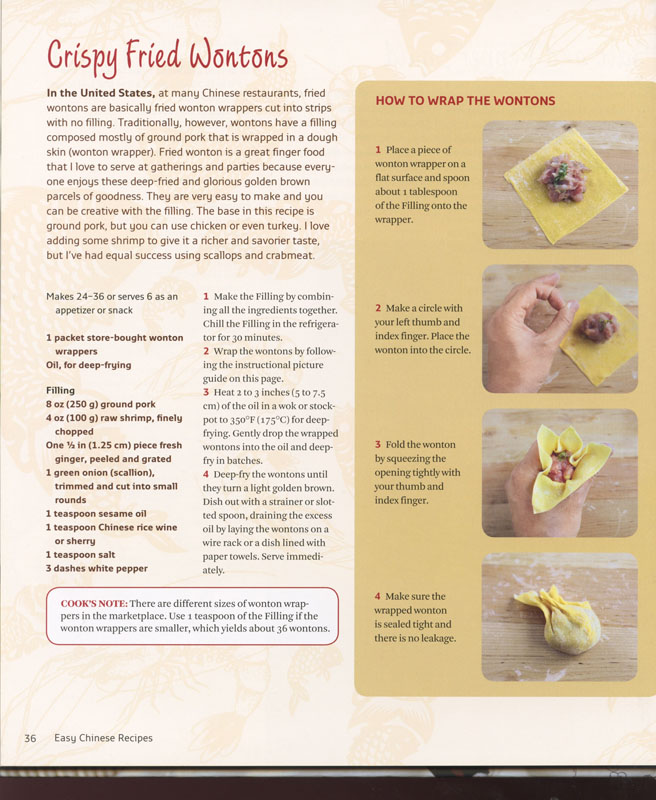 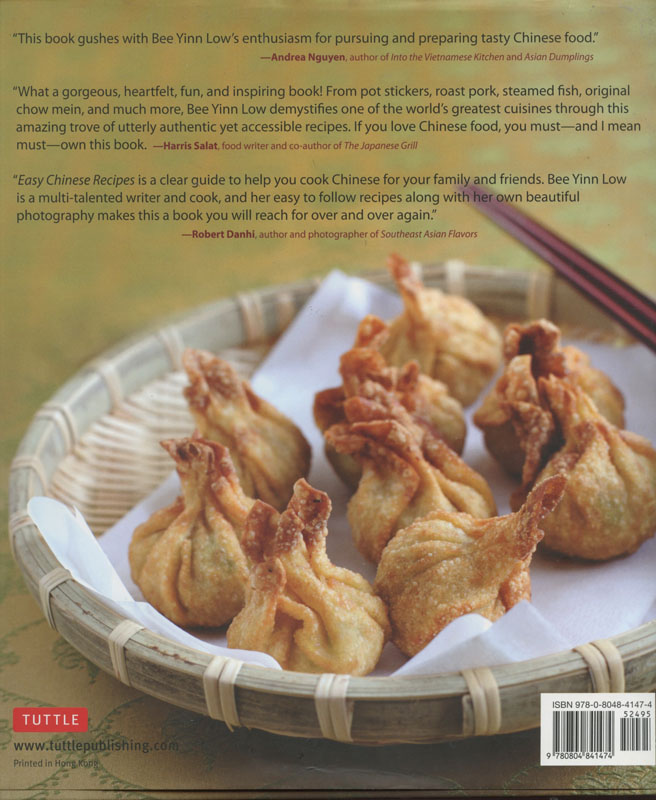