Chinese food doesn’t get the recognition it rightly deserves in the Western world. French, Japanese, even Korean cuisine all receive high praise from food critics in the press, but Chinese food remains underappreciated. Chinese cuisine can be just as complex or as basic as any other cuisine. It has so much to offer and has given so much already. It has travelled all over the world with immigrant Chinese families and its influence can be seen in the food cultures of many different countries, from Asia - Japan, Thailand and Vietnam - to Indonesia and the West.

Did you know that there are more takeaway Chinese restaurants in America than every McDonald’s, Burger King and KFC put together? In the UK there are more than 15,000 Chinese takeaways and restaurants, and Chinese takeaways have officially overtaken Indian takeaways as the nation’s favourite type of meal to order in every week. In America, Chinese restaurants first developed to provide food for the railway workers in the 19th century. Immigrant chefs had to use local ingredients to cater for their customers’ tastes, so dishes were given a name and number and served with a very un-Chinese roll and butter. These were the circumstances in which Chinese takeaway menus were first devised.

During this period and over the years, many inventive takeaway dishes were created, including egg foo yung (omelette served with gravy), chow mein (stir-fried noodles), chop suey (leftovers in a brown sauce), crispy beef and General Tso’s chicken (battered chicken in a spicy sweet ketchup sauce) - dishes as well loved in Britain and America as shepherd’s pie, or steak and chips.

If you are a fan of your local Chinese takeaway and you then travel to China, my guess is that you will experience more than a culture shock, for the food will seem very unfamiliar. Some English businessmen have admitted to me that they fill their suitcases with crisps and other goodies when they travel to China because they cannot stomach the food there! If you go with an open mind, however, you’ll discover a whole new culinary world. Should you be lucky enough to dine with Chinese friends at their favourite Chinese haunt, you’ll find the menu will be dismissed, there will be a. few exchanges of Cantonese or Mandarin, some quick scribbles by the waiter and you’ll be treated to such delicacies as clay pot chicken, braised chicken's feet, ‘fish-fragrant’ aubergine, steamed sea cucumbers and baked salted chicken.

But there are signs that the disparity between takeaway food and ‘real’ Chinese cuisine is lessening. China has opened up over the last decade and there are now many more opportunities for travel to and from the country. The internet has helped too. As a result, more people are beginning to appreciate that Chinese cooking is much more than what is served at their local takeaway.

Chinese takeaway food has also recently moved on and become more exciting. There are more dim sum restaurants than ever, for instance, and while Cantonese cuisine is still the most widely served outside China, establishments offering dishes from other regions are sprouting up all over the place - no longer just Cantonese, but Sichuanese, Hunanese, Taiwanese and Shanghainese. Chinese takeaway food remains a huge phenomenon. Chinese takeaways can be found all over the world and each one has a unique story attached to it. Often you will hear how someone's grandfather started the takeaway, or how the place has been in the same family for generations. By contrast, others have changed ownership many times, serving as a golden goose for perhaps a decade before being passed on.

When my family first arrived in England and we stood waiting for a train, I remember an elderly couple asking my father whether we owned a takeaway or Chinese restaurant. That was two decades ago when it was the norm for newly arrived Chinese families to open a takeaway. The majority of my father’s friends in the Chinese community in London owned takeaways.

In hindsight, my father thought he probably would have been more successful had he followed suit rather than going into the import-export business. At the time, however, he felt this was the right thing to do, as my grandparents were proud that their eldest son had graduated with a business degree and were prejudiced against him working in catering, which was considered laborious and low skilled (still the view in China today).

My first takeaway experience was in England - at a small place on the Fortune Green Road in North London. Prior to that I had never had food from one. My mother is a great cook, and when we lived in South Africa (before travelling to England), she made all the meals. Her recipes were mainly Chinese but with a South African twist, such as a stir-fried or traditional stewed dish served with miele pap (rather like polenta) instead of boiled rice.

In fact, there were no Chinese takeaways that I can recall during my time in South Africa. There was only one Chinese supermarket in Jo’burg at the time, which my mum would religiously frequent every week to stock up on provisions for her Chinese larder.

In England, by contrast, there were a lot more takeaways and one busy weekday shortly after we had arrived in the country, we ordered from our local. The experience

wasn’t too bad, but Mum found it overly expensive and the fried rice not up to standard, so she turned her nose up at it and we never ordered from there again. The takeaway remains in business, however: last time I passed, it was still there. Mum preferred the Cantonese restaurant, the Water Margin, on Golders Green Road, and we went there when she wasn't in the mood for cooking. The restaurant became the place where I could meet my friends (or a date) for a quick Saturday lunch while satisfying my craving for Cantonese roast duck on rice.

Chinese takeaways are the 'fast food’ of Chinese cuisine. A takeaway is where you would go to get your fried spring rolls, fried wontons, special fried rice or beef with greens. It is usually a lot more salty and oily than home-cooked Chinese food, in which dishes are a lot simpler, less rich and better balanced. It is no wonder that Chinese takeaways have created a bad name for themselves with many using high levels of monosodium glutamate to enhance the flavour. Although MSG is a natural substance, found in many foodstuffs, used as an additive it can have adverse effects. I personally have an intolerance to it, suffering from heart palpitations and a dry throat.

To me, if you use the freshest ingredients, you don’t need MSG because the dish will be full of flavour, especially if those ingredients are in season and at their very best. Many manufacturers of Chinese or Asian condiments often add MSG, and I have found that a small amount within a sauce is fine, but commercial sauces can contain quite a bit. Try and find ones that don’t have MSG and contain ingredients that are as natural as possible. Best of all, create your own sauces - in this book I’ll show you how to use store-cupboard ingredients to make your own. It is true of all cuisines that the foods you cook yourself at home will be healthier and lighter than any takeaway food. In fact, a recent report showed that a meal cooked at home contains on average 1,000 fewer calories than its takeaway/restaurant equivalent and considerably less salt. Even though my

grandmother was partial to a little 'gourmet powder’ (MSG) from time to time, she always practised what she preached - to be certain of what you’re eating, it is better to cook the food yourself.

That’s not to say that I’m not partial to a Chinese takeaway myself; indeed, there is a good one near where I live in North West London. I happen to know the owner and have been to the factory where the special 11-spice powder they use for their crispy aromatic duck is lovingly ground, and it’s so good! When I don’t have anything in my fridge or want to give myself time off in the kitchen, I just give them a ring and order number 15. But unless you know the establishment well, it’s like takeaway roulette, and we’ve all had a bad takeaway experience at some time or another. If you have a reliable local takeaway, support the owners and treat them like family!

I actually love Chinese food in all its forms - Americanised, anglicised, even bastardised. I recently had the pleasure of trying Chinese chicken salad American- style and I could see the attraction in the sweet orange sauce coupled with crispy fried wonton skins, crunchy lettuce and chicken strips. Yes, God forbid, I have even had a craving for it since! (I blame it entirely on the sugary sauce.) There is beauty in Chinese takeaway food that is cooked well - even a pretty standard dish like sweet and sour pork balls. I know some expats living Hong Kong who demand to have some of the anglicised takeaway stuff and would import it if they could. It is simply a matter of taste. And what most fascinates me is how thousands of people all over the world are united in their love of Chinese takeaway food, while the forefathers of this invention were completely unaware that they were the pioneers of Chinese fast food and the very best in their field. It is an amazing achievement when you think about it: these days R&D (research and development) chefs get paid six-figure sums to come up with what they did.

In my quest to share my love and appreciation of Chinese food, I myself have been blamed for ‘dumbing down’ Chinese cuisine for the Western palate in my attempt to whet people’s appetite for it. But I much prefer to see it as creative fusion’. If I remained true to the Chinese classics, I would be a copycat cook and not a progressive one. A cook’s job in my opinion is to be creative and push the boundaries of their cuisine and never stop experimenting.

Yes, classics are good, but classics at one point in history came from somewhere too. They were once new - someone invented them, and if they had never experimented, we wouldn’t be enjoying those dishes today.

And are classic dishes the only authentic ones? I prefer the term ’heritage’. Dishes can have heritage and influence, but they are not necessarily ’authentic’ because the............. 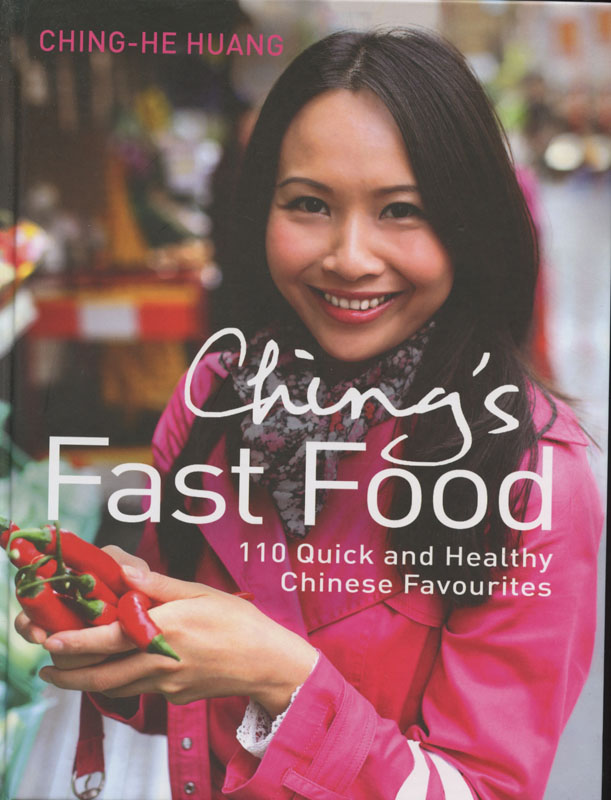 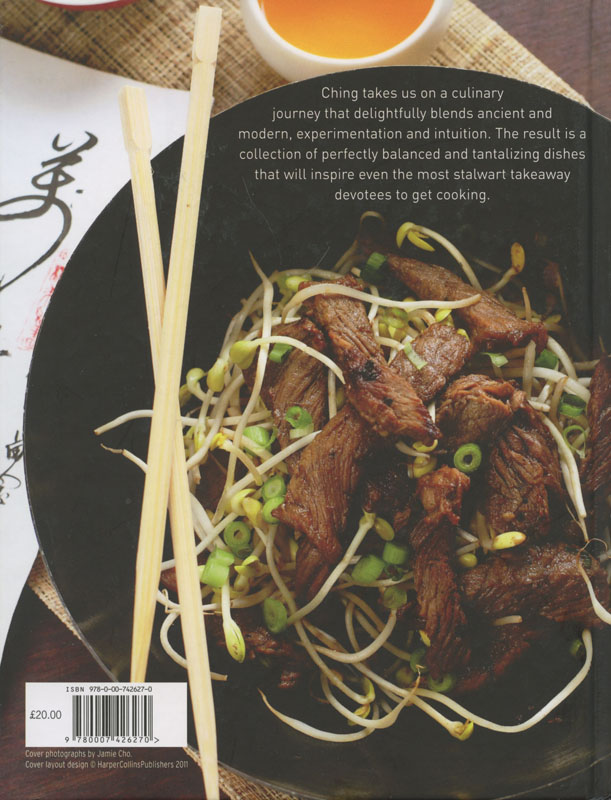 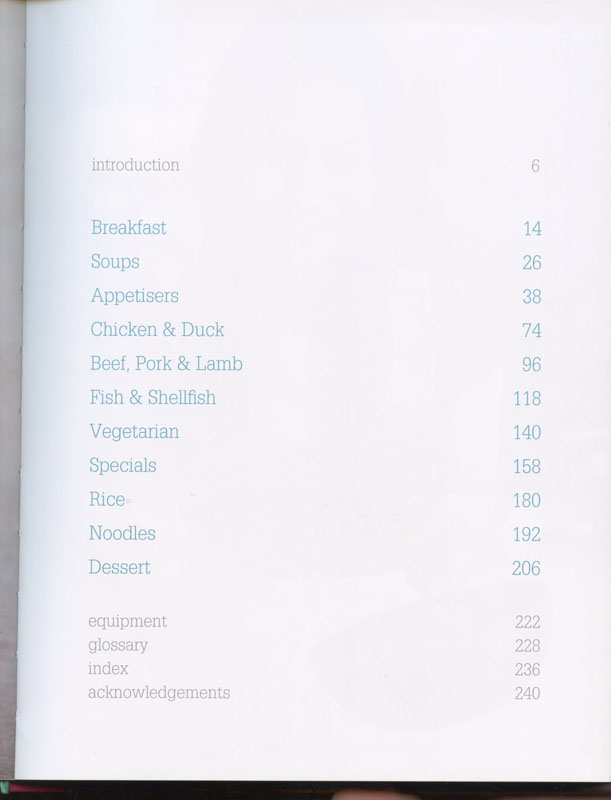 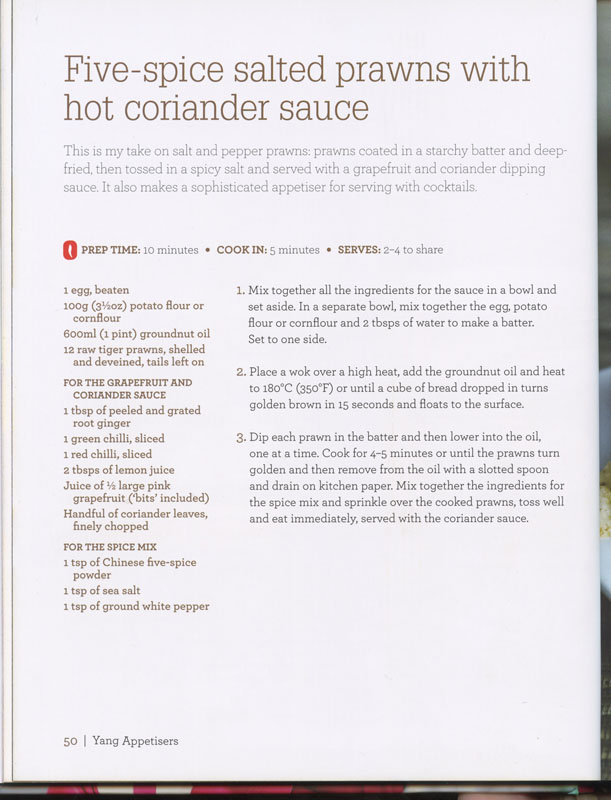 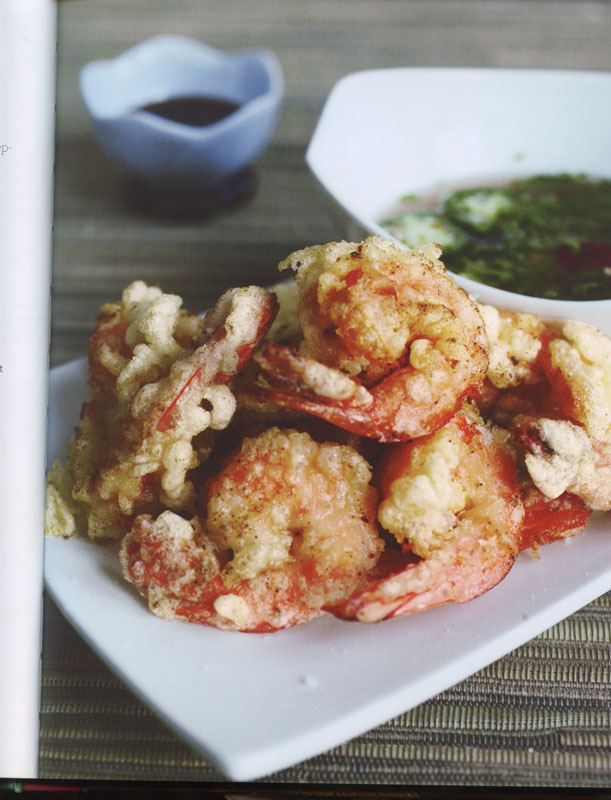