The vibrant and modern city of Shanghai, situated on the Yangtze estuary, has spread its culinary culture well into the eastern provinces of Jiangsu, Zhejiang and even further south into Fujian. It is a municipality with provincial status and much influence, and is blessed by being located in an extremely fertile lower valley of the Yangtze River. The immense river and long coastline mean that, unsurprisingly, the amazing diversity of eastern recipes includes many exquisite fish and shellfish dishes.

Flavours of the river delta

The delta region is an enormously prolific rice bowl, providing this basic food for the whole of China. Shanghai dishes tend to be richer and heavier than those of Beijing or Cantonese cuisine, but the emphasis is still on freshness, with pure and natural flavours. The Yangtze River puts fish and shellfish at the heart of the food culture, and locally caught shrimps, crab, wild duck and carp feature strongly.

The culinary style of Shanghai is elegant, with fragrant sauces. Some Chinese cooks are of the opinion that Shanghai does not have its own definitive cuisine, but adopts and adapts those from the surrounding

provinces, so that the resulting marriage of styles and ingredients is a hybrid with Shanghai soul. Shanghai chefs can be heavy-handed with alcohol, resulting in many 'drunken' dishes. Almost every creature that flies, swims or crawls is fair game for this delicious sousing.

Salted meats and preserved vegetables are commonly used to enhance dishes, and sugar is used with abandon, especially in tandem with soy sauce. 'Red cooking' (Hong Shao) is a popular style of stewing meats and vegetables in an intoxicating blend of wine, preserved beancurd and soy sauce.

There are many well-known and almost legendary recipes from Shanghai, such as Beggar's Chicken, a whole chicken

wrapped in lotus leaves, covered in clay and oven-baked. Lime-and-ginger-flavoured 'hundred year eggs' are another popular Shanghai creation. Some may draw the line at eating 'Stinky Tofu', but it remains a delicacy of this region. There are many more: Lion's Head Pork Balls, an exquisite treat of succulent minced pork in a rich wine sauce; Sweet-and-Sour Spare Ribs, so well known in the west; and Stir-fried Eels in Hoisin sauce - all rich and delicious products of Shanghai cuisine.

Below left Fish is dried on bamboo trays in Fujian province.

Below Rice is transplanted to a flooded paddy in Anhui, to be used in dishes all over China when harvested.

Cuisine of the other eastern provinces

The eastern school of cooking has more distinct provincial styles than other parts of China, the most high-profile being that of the Huai Yang style, which has its centre in Yangzhou. This gave the world the famous Yangzhou Fried Rice that features in Chinese restaurants across the world.

Jiangxi and Zhejiang share a border, and they also share many culinary elements, creating a food sub-school called the Jiangzhe style, which has an emphasis on grand banquet dishes served at festivals.

Hangzhou, in Zhejiang province, is famed for its Dragon Well Tea, Xiaoxing for its eponymous wine and Jinhua or Kin Hua for its superb ham. Rice wine goes into many dishes, in a style similar to that of Beijing cooking, indigenous vegetables such as Chinese kale and cabbage appear in numerous dishes, often pickled in brine. Soy-braised duck and goose are regional specialities.

The use of seasoning is quite restrained, allowing the natural flavours of the fresh ingredients to shine through. For the richer and saltier meat dishes, honey and maltose are used to flavour pork, sliced ham and chicken.

In Fujian, cooking tends to be on the light side with an emphasis on steaming. As Fujian borders Guangdong, many dishes reflect Cantonese elements. Fish, which is a predominant ingredient in this coastal region, is touched only lightly with ginger, sesame oil, soy sauce and pepper. The same restraint applies to meat and poultry dishes The lotus plant grows profusely in ponds, lakes and streams in this area, and its leaves are used for wrapping many fillings. Lotus nuts are also used in cooking while lotus blossom is revered in Taoism.

The cuisine of Anhui is perhaps the misfit of the eastern region, as it has many recipes containing rarer culinary ingredients such as frogs, turtles, pigeons, partridges and pangolins. Cooks also make lavish use of mushrooms, bayberries, tea leaves, bamboo shoots and dates, as well as game animals from the mountainous area of Huangshan.

Here in the highlands, white and tender bamboo shoots grow in abundance and appear in dozens of dishes. Anhui chefs are particular about preserving the natural flavour of ingredients and tend to add seasonings very judiciously.

Above left Shaoxing wine, a fermented rice wine, is made in Zhejiang Province, then transported around the world to be used in many recipes.

Above Jinhua ham is a famous air-dried ham from Zhejiang, which is used in many stewed and braised dishes to give depth of flavour.

Below Dragon Well Tea, from Hangzhou in Zhejiang Province, is one of eastern China's favourite green teas. It is usually picked by hand and is famous for its high quality. 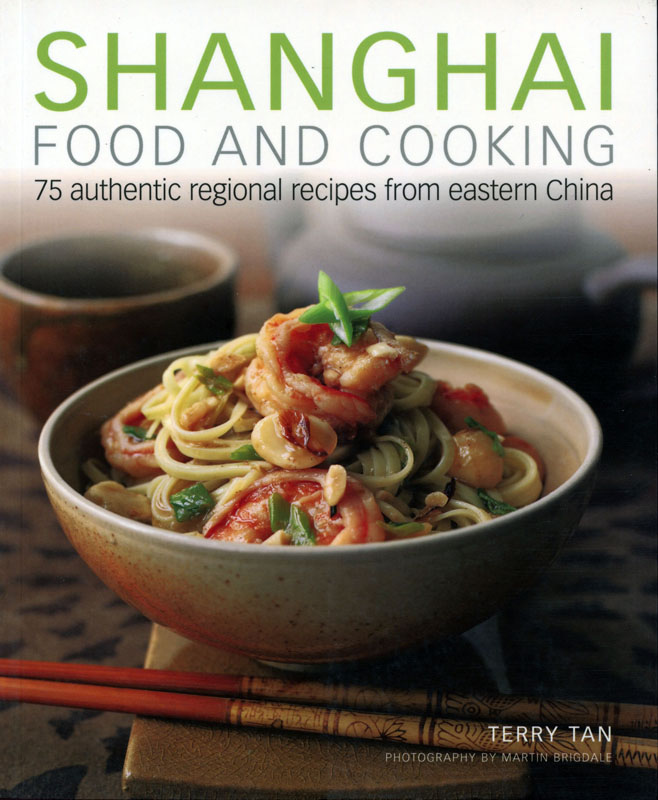 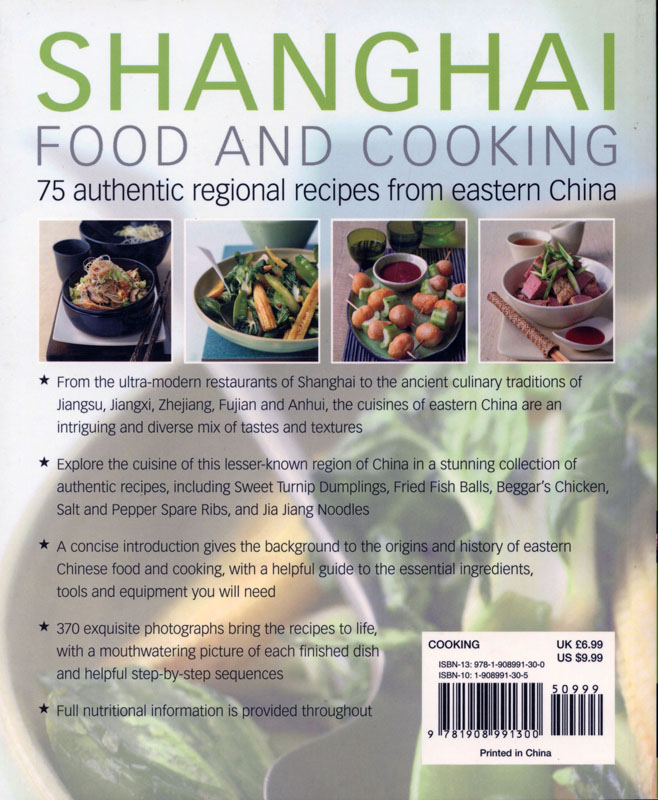 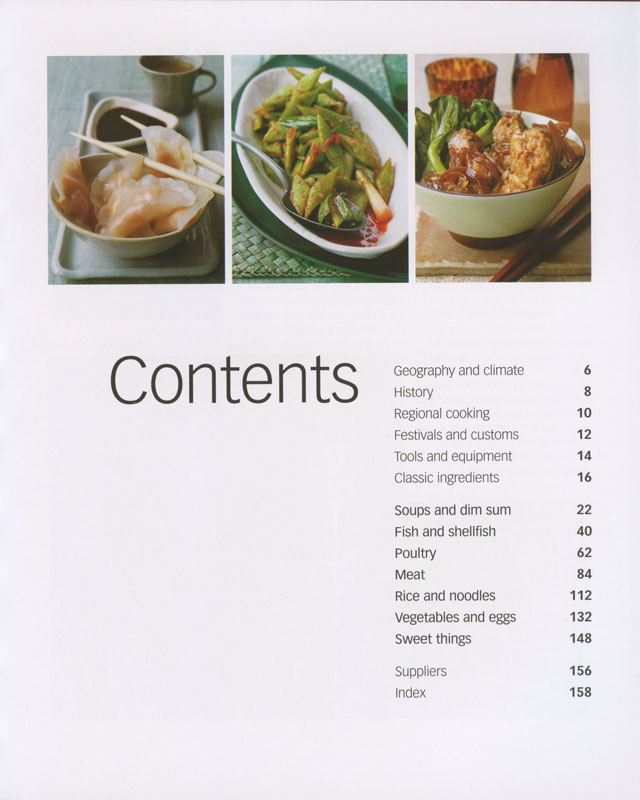 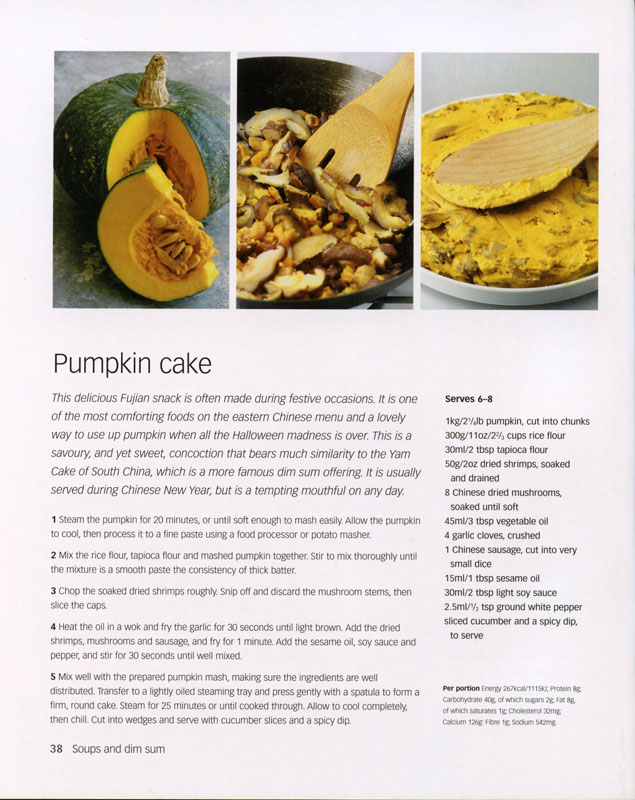 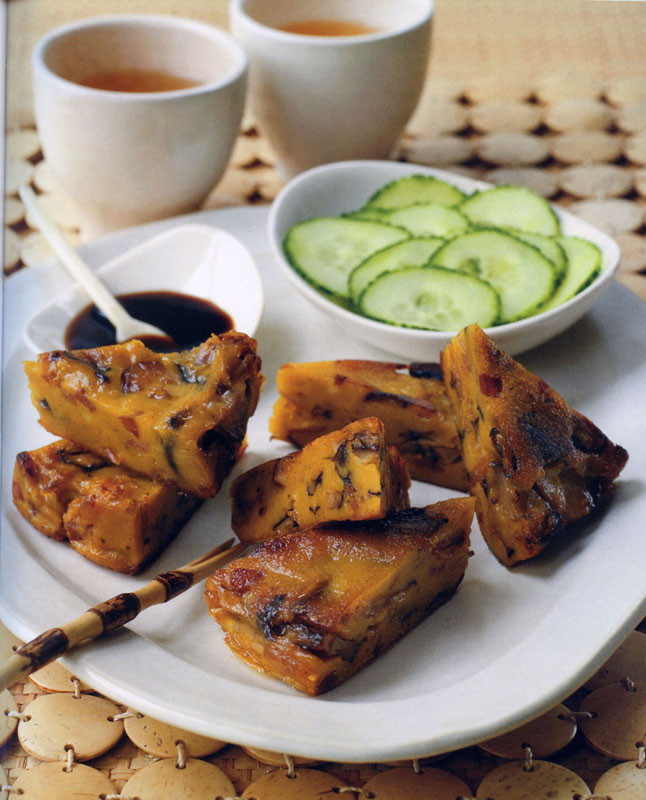