When considering Chinese regional cooking styles, one must bear in mind the fact that despite the vastness of the country and the diversity of climates and resources, many dishes are eaten everywhere in the country, with only slight regional takes on countrywide classics. Having said this, the food of southern China is notable for the abundance of seafood on the menu and for its simple preparation, allowing natural flavours and textures to carry the dish. Dim sum also plays a crucial role, and this tradition of eating many small morsels, now so popular elsewhere in China and, indeed, the rest of the world, originated in Guangdong in the 10th century.

Across the regions, daily meals are prepared on the ancient premise of fan- cai principles. This is literally translated as 'rice and dishes'. Put simply, it means the combination of the staple dishes of rice, grains and various forms of dumplings (fan) and a variety of cooked vegetables, meat or seafood (cai). The ultimate objective is a perfect synergy between the two basic ingredients, plus a harmonious balance of the four fundamental elements of colour, aroma, flavour and shape. This is a tenet that applies to every individual dish as well as to the whole meal.

have refined and developed their remarkable styles of cooking throughout the world, wherever they have settled.

The key feature of Cantonese food and cooking is an emphasis on different textures. Natural flavours are not altered and preparation is kept to a minimum; what is aimed for is the control of crispness and smoothness, leading to a subtle and complex overall texture.

One example of how this quest for texture is manifested is barbecue or 'hung' roasting. This highly developed art involves parboiling the meat to melt some of the fat, inflating the meat with air and hanging up to dry, which promotes a

crispy skin, and finally slathering with a sweet glaze and roasting to produce a glossy, crunchy finish.

After texture, the second most distinctive aspect of the cuisine is its savoury quality, and how flavours are combined to maximize this preference. Seafood, for instance, IS mixed with meat in many dishes, in its natural form or as sauces Salted black beans are also used to impart a savoury taste, while shredded ginger or chopped coriander (cilantro) are used to counteract any overpowering fishiness

Below left Rice Is served with a range of dishes in accordance with fan cai principles. Below 'Hung' roasting is a popular way of preparing many types of meat.

Soy sauces are often used in artful ways to bring out the flavours of meat and poultry, married with aromatics such as leeks, ginger and onions. Fruit is likewise often incorporated in Cantonese cooking, and citrus fruits like lemons, plums, tangerines and oranges are key ingredients in the tangy, sweet and sour sauces.

As a result of centuries of immigration, the province of Guangzhou features many sub-dialects within its borders.

This diversity is reflected in Cantonese cuisine, which embraces three distinct schools, each based around its own individual dialect group: Canton; Swatow (Chaozhou) from the city of Shandou; and the Flakkas from the region known as Dong Jiang.

The Canton school fields by far the largest spread of dishes; some, like stinky tofu, an odorous delicacy from Hong Kong in which tofu is marinated in fermented vegetables for several months, so exotic that they have earned the cuisine its great reputation for adventurousness. Swatow or Shandou cuisine, on the other hand, is notable for its clear flavours and seafood dishes.

Hakka or Dong Jiang food is somewhat different; it has a distinct regional character, with many more rustic dishes that reflect the peasant culture. There is a trend toward thrift among Hakka cooks, who are loath to waste anything, from the tiniest bits of meat to any offcuts of ingredients they can get. As a result of this parsimonious approach, Hakka cuisine resembles more closely the food of the neighbouring province of Fujian, with its simpler culinary traditions, unlike many others in south China, Hakka people eat beef, since they do not regard the cow as a sacred animal.

One factor that links all three schools is the close relationship between the food and eating habits and the history and culture of the region. For instance, cooks love wrapping food in leaves, as in Glutinous Rice in a Lotus Leaf, because this style of cooking reflects the largely pastoral nature of the area - a connection that is treasured even today.

Universally recognized as the supreme pinnacle of Cantonese cuisine, the food of Hong Kong is renowned throughout the country and the world. Its style is

Above left Restaurants in Hong Kong, like this floating one, are notable for the innovative nature of the food they serve. Above The famous egg tarts made in Macau are Portuguese in origin, reflecting the town's heritage.

related both to ancient classical tradition and to contemporary mores Classic dishes have evolved over time as a result of the island's long exposure to foreign cooking methods and ingredients, as well as being driven by high levels of competition and innovation in restaurant kitchens. On a cosmopolitan island populated by wealthy business people, this cutting edge is essential if an eatery is to survive, in a bid to attract customers, many Chinese restaurants take pride in promoting dishes as being 'Hong Kong style', which really means 'Cantonese with attitude'.

The town of Macau is a former Portuguese colony that follows the same inventive approach as Hong Kong when it comes to cooking. Hence, Lobster Noodles, Portuguese Egg Tarts and other fusion dishes are typical of the menus in this area, making them stand out from the dishes that are eaten elsewhere in the south. 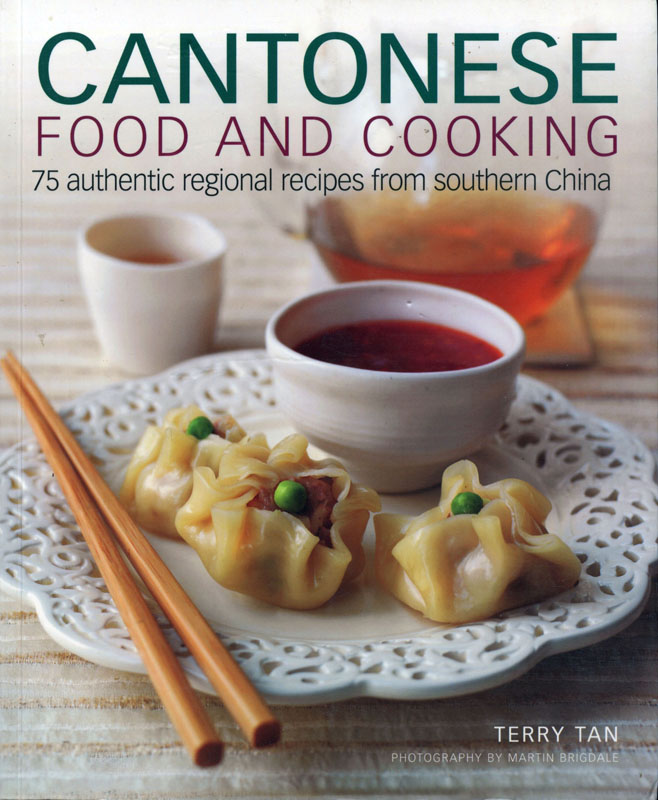 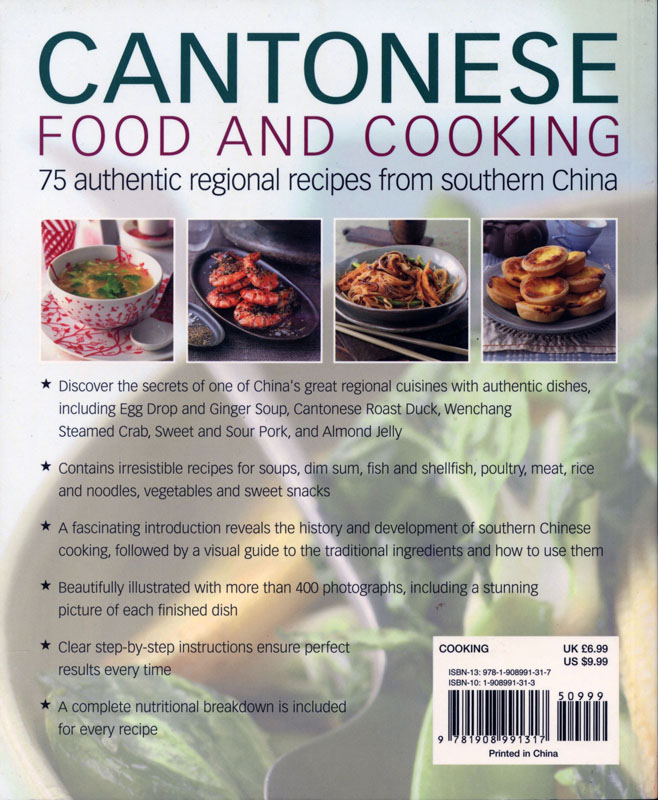 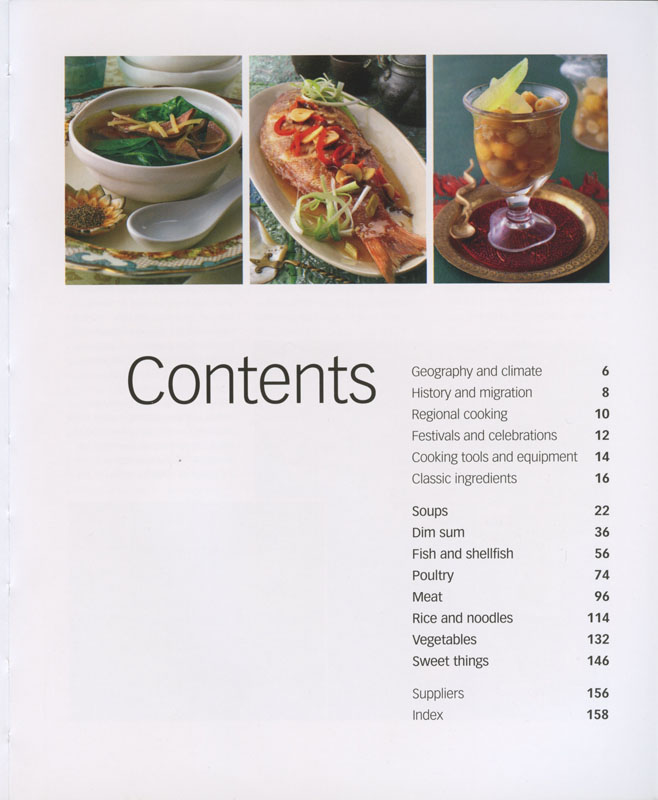 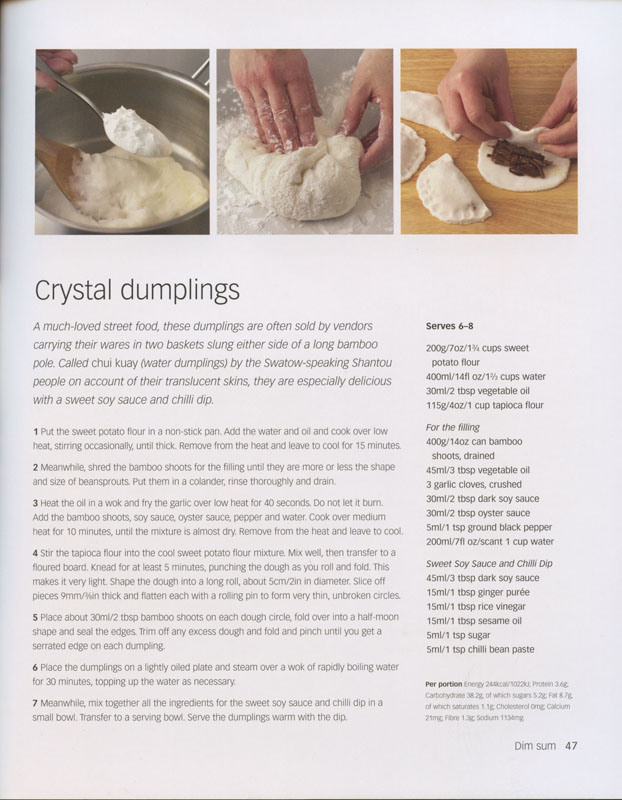 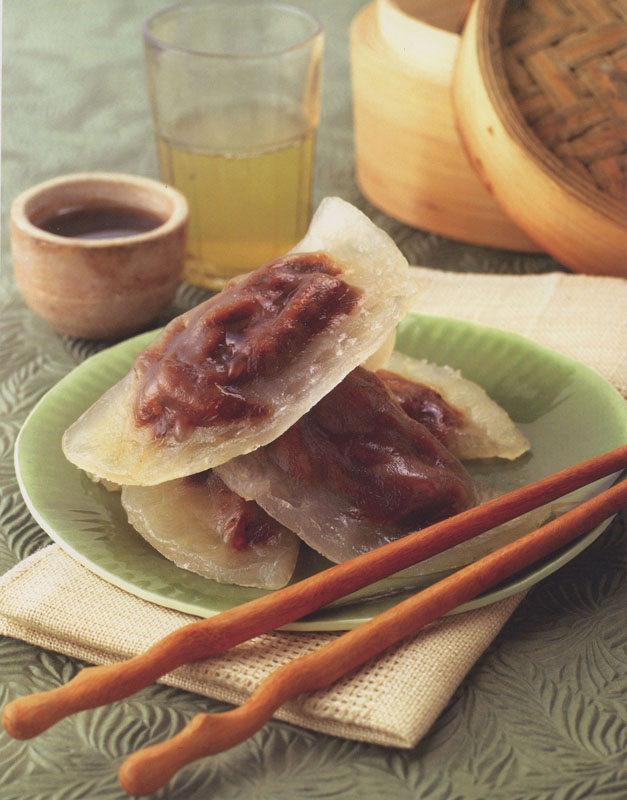