The western area of China is known as the 'land of plenty': its agricultural fecundity is a result of the warm climate and abundant rain and river water. The great reputation of western Chinese regional cooking stems back 2,200 years, but became known to the outside world only in the second half of the 20th century.

Now, Sichuan cuisine is renowned all over the globe for its depth of flavour, which centres around eye-wateringly spicy chillies, as well as piquant aromatics, sour pickles and perfectly cooked meat.

Tine humid climate of western China means the preservation of food takes top priority. Food may be easy to grow here, but it also deteriorates quickly unless it is preserved using a variety of techniques, from the ancient to the modern. Salting, drying, pickling, spicing and smoking all help to keep foodstuffs edible in the extreme moist heat. Aromatics such as onions, garlic and ginger feature prominently in the cuisine, as do sesame seeds, peanuts, soy bean products and fermented black soy beans. Mixed together, they produce the characteristic piquant spiciness of

the region's cuisine. Throughout the whole area, the cooking embraces a diverse medley of flavours, including hot, sweet, sour and salty, and often all at once.

Sichuan, as well as being the most populous province in western China, leads the way in the region's cooking. The cuisine of this province is often described as being a baptism of gustatory fire, and Sichuan cooking is typified by bold combinations of flavours in a single dish. Many Sichuan recipes

certainly do live up to their fiery reputation, using large quantities of spicy chillies and other robust flavourings, but there are also dishes that are not touched by chillies or pungent Sichuan peppercorns. The sophistication and diversity of Sichuan cuisine is reflected in the vast range of traditional recipes, which local gourmets claim stretch to some 5000 different dishes, with

Below left Com and chilli peppers hang in bunches outside a house in Sichuan. Below Noodles are hung up to dry in Kaili in Guizhou.

superlative examples of taste and texture. Sichuan cooks are proud of their delicious dumplings, pickled vegetables, and meat and poultry dishes that are quite unlike any other regional equivalent. Up there among the Sichuan culinary stars are dishes that were originally from the neighbouring provinces of Shaanxi, Hubei, Hunan, Guizhou and the southernmost province of Yunnan, with its intriguing mix of Han Chinese and ethnic minority tribes.

The flavoursome cuisine of Sichuan seems to successfully break all the culinary rules, mixing a whole host of pungent aromatics and intense spices, it is, however, not without logic: the careful balance of spices is not meant to burn the mouth, but to tempt the tastebuds, and to preserve foods in the hot and humid climate.

Delicacies of Hunan and Hubei

The two provinces of Hunan and Hubei share nearby Sichuan's liberal use of chillies in their cuisines. Although the cooking styles here are regarded as separate schools from that of Sichuan, they do share similar traits, especially

when it comes to fiery flavours. The dishes are not always hot, but they are always complex in terms of ingredients. Hubei food has one unusual feature: the skilful blending of seafood flavours with meat and poultry, as in the unique dish Dragon Phoenix Eels with Chicken.

Chefs from Hunan are masters of many ancient culinary techniques, which cover all aspects of food preparation. These include cutting meat and poultry in specific ways to suit each dish. Recipes are judged not just by taste but by aesthetics of colour, texture and visual appeal.

The pickles of Guizhou

Guizhou cuisine actually uses more chilli peppers than Sichuan, which many would find surprising. However, it is best known for the liberal use of vinegar to preserve vegetables, such as the famous Pickled Mustard Greens. There is a local folk saying: 'without eating a sour dish for three days, people will stagger with weak legs.’ Each family in Guizhou makes its own sour pickles, and these form a major part of the diet. Although it is landlocked, the province also offers some seafood dishes, including Clay-pot Fish Stew.

Above left Vendors sell an array of vegetables at a street market.

Above Rice is cut and threshed on a farm in Guizhou.

Meat and noodle dishes of Shaanxi

Shaanxi cuisine makes elaborate use of ordinary materials, particularly the staple meats, pork and mutton. Noodles take on extraordinary shapes, with some as wide as lasagne. The chief characteristics of Shaanxi cuisine are similar to those of Sichuan, but the flavours tend to be heavier and spicier. The mixture of chillies and vinegar is typical, as in all the hot-and-sour dishes of the area.

Yunnan borders Myanmar, Laos and Vietnam and is relatively isolated from the rest of China, so the cuisine reflects many influences from the surrounding countries. This province is home to the Miao, Bai, Sami, Yi and Dai hill tribes, all of whom have their own typical methods and ingredients for favourite dishes.

Rice, sugar cane, pineapples and bananas are cultivated in Yunnan province and figure prominently in the cooking. 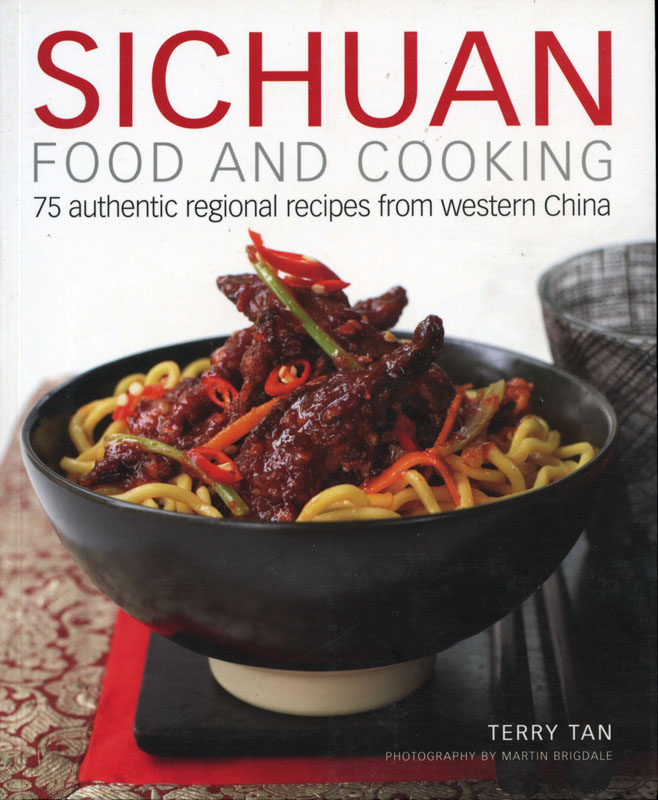 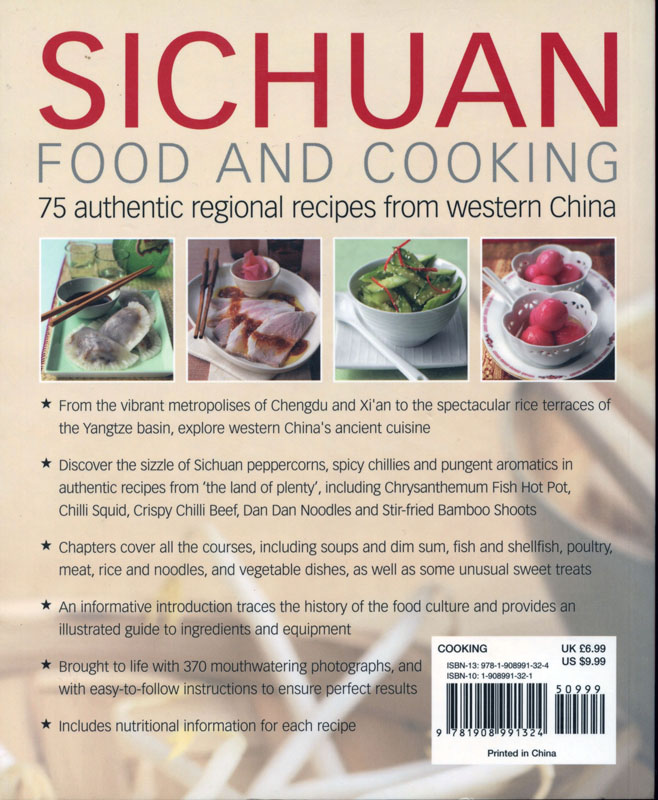 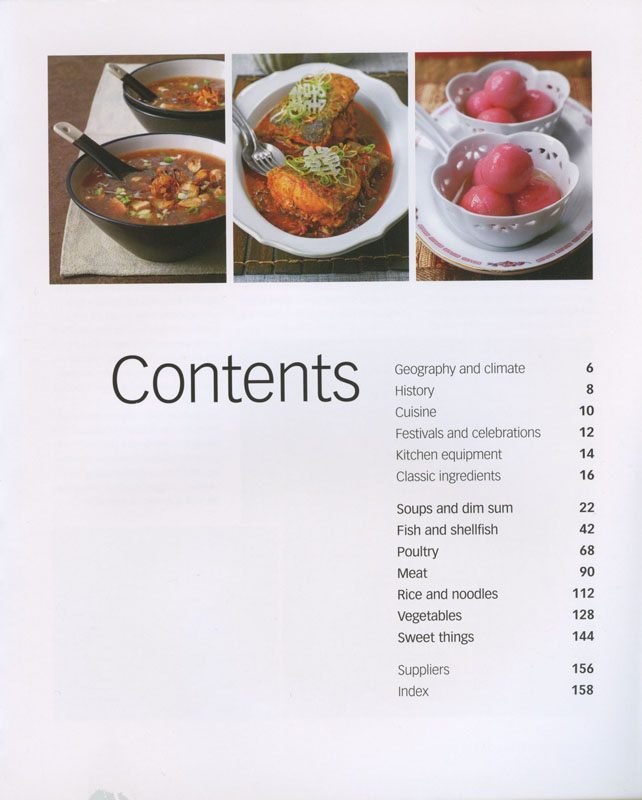 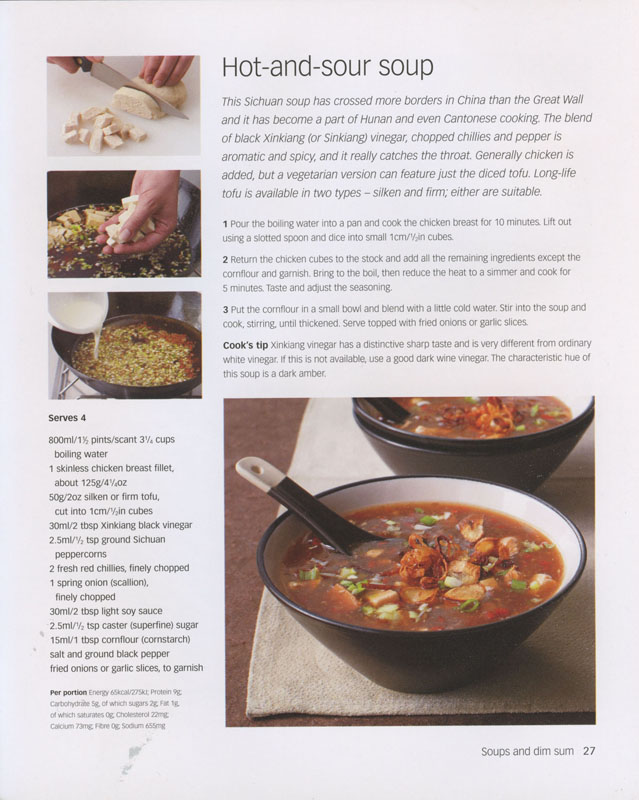