Dumplings. Wontons. Jiaozi. This remarkably simple food is found throughout Asia and in Chinese restaurants and kitchens around the world. But have you ever filled a dumpling wrapper with chicken? Cheese? Refried beans? Hardly anyone has! I decided to write this fun cookbook to show the many crazy things you can stuff in a dumpling wrapper for an easy meal or snack.

When I moved to China in 2010, I was already known for being a pretty good cook; I loved to cook things from scratch and my brownies were famous. I also loved Chinese food, so when my husband and I talked about moving to China, food was one of our least pressing concerns.

It ended up being one of our biggest issues.

Our first home was in a little country town of a million people (yeah, I know that means a "city” the size of San Francisco in the U.S., but in China, that is just a small town with few conveniences). There was no Walmart or McDonald’s or a Chinese equivalent. At the only supermarket, there were no canned or prepared foods (no canned beans, canned tomatoes, or mac and cheese), and the only frozen foods you could find were dumplings (good-bye Lean Cuisines!). Forget chicken breasts, you could only buy whole chickens (with the head still attached!). The only milk available was sterilized, which tastes disgusting (like it's already gone sour) and has no health benefits. There was no cheese, no cream, and no butter.

When it came to my new kitchen, I was at a total loss. I couldn't even turn on the stove. It had an external gas tank (which wasempty) and a battery to ignite the flame (which was dead). There was no over; Chinese household don't have ovens. The only faucet in the whole house with hot water was the shower, so even washing dishes was a difficult process.

Then, of course, was the fact that we were in Hunan, one of the two provinces in China known for spicy food (the other being Sichuan). Now, I thought I liked spicy food. I like hot salsa and would go for the red end of the sauce pool at Buffalo Wild Wings. But the American idea of spicy can’t even begin to compare to Hunan spicy. I quickly learned to say "bu yao la,” ("I don’t want it spicy”), but many times restaurants, especially small ones, didn’t have non-spicy options. They just looked at me like I was crazy. Even if I went to a nicer restaurant and asked for "whatever you have that is not spicy," it would come out swimming in peppers. So even though cooking at home meant completely relearning how to cook, it ended up being the only option to starving since restaurant food was too hot.

I've now been living in China for four years. Even though that first year in the middle of nowhere (or as locals call it "the middle of the middle of nowhere”) was one of the most difficult of our lives, my husband and I are grateful for the experience. It made us stronger, heartier, and proved that we are survivors who can overcome great odds. I'm not saying that China is some great, uncivilized backwater and we are amazing people for daring to living there, but I have a much better understanding of and sympathy for anyone who immigrates to a new country. We are now in a new, modern city with a Sam's Club, Ikea, and more Western restaurants than we can count, but I still use the skills I learned from living without Western food or conveniences on a daily basis.

This book was not written specifically for people living overseas (that will be my next book), but I did keep them in mind. I tried to use as many "from scratch” recipes as possible, using ingredients that should be easy to find at any local grocery store, whetherthat store is in Warrensburg, Missouri or Lixian, Hunan. However, there are several recipes that use cheese and milk since many of my readers are in Western countries and procuring these items is not a hardship. There are also several vegetarian recipes, or they could be made vegetarian by leaving the meat out or substituting it for a soy product.

The biggest thing I want readers to take away from this book is to learn to be adaptable. You don't have to make any of these recipes exactly the way I have them described here. Use what you have and make changes where necessary to make these dumplings your own. 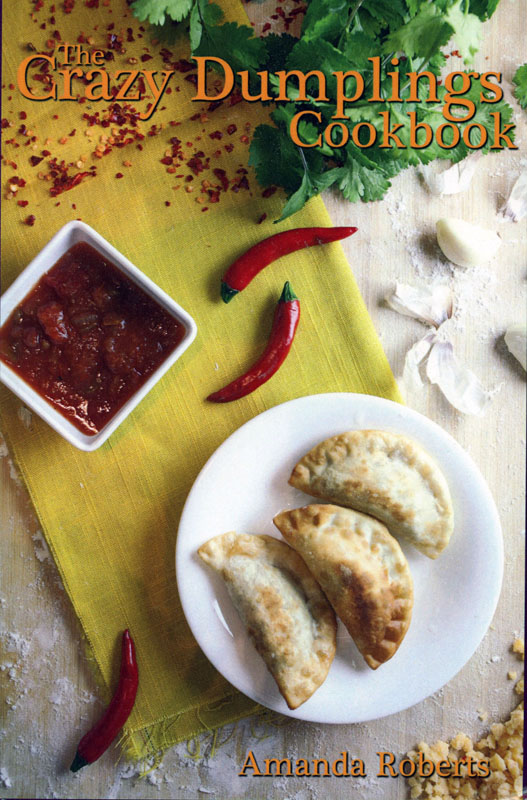 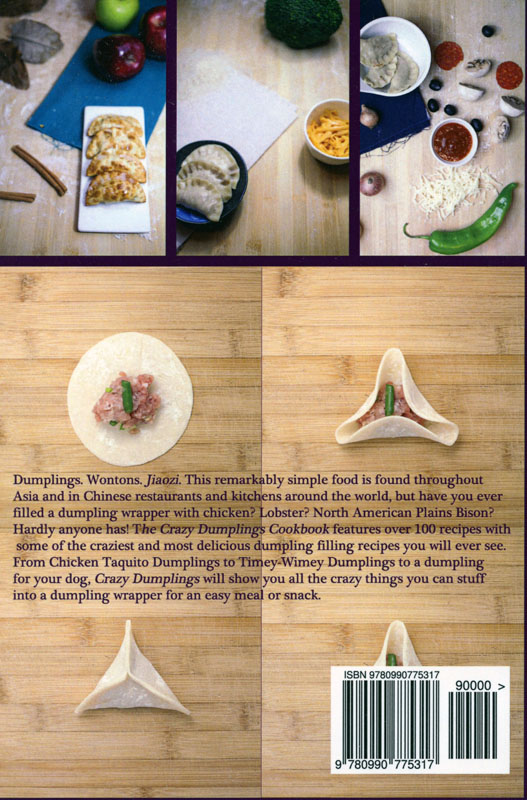 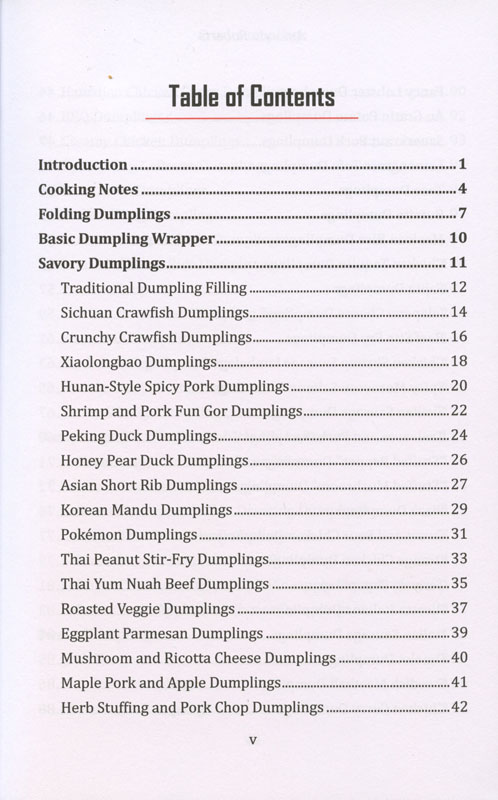 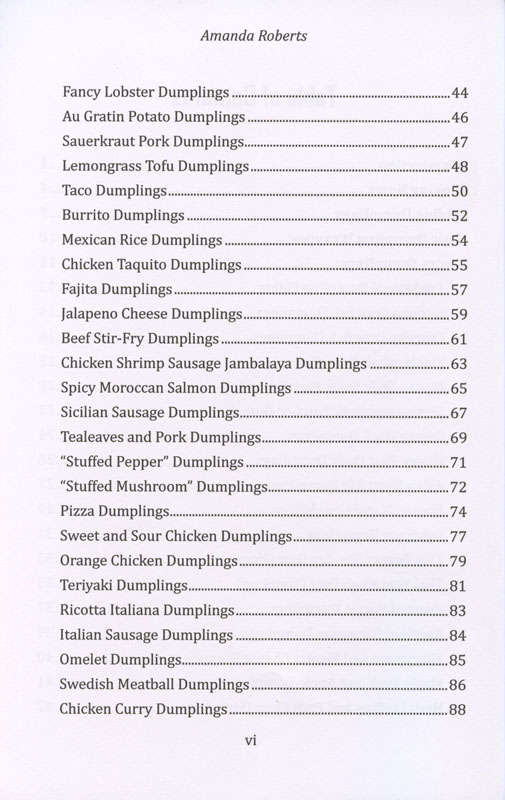 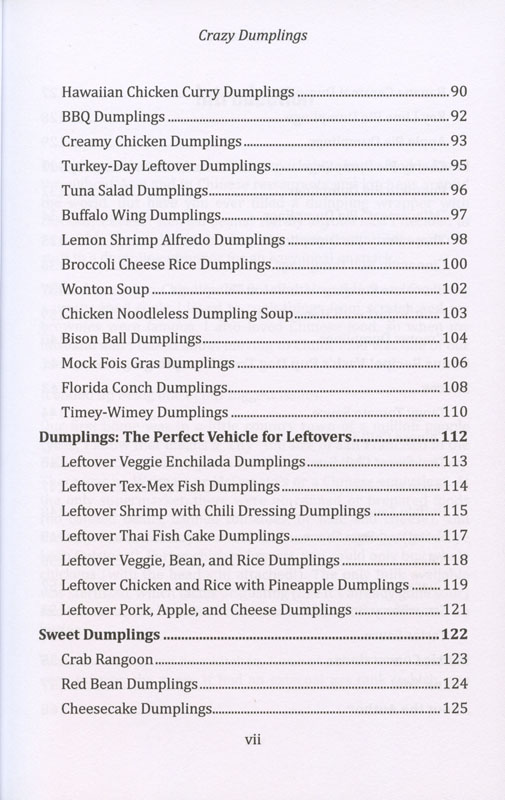 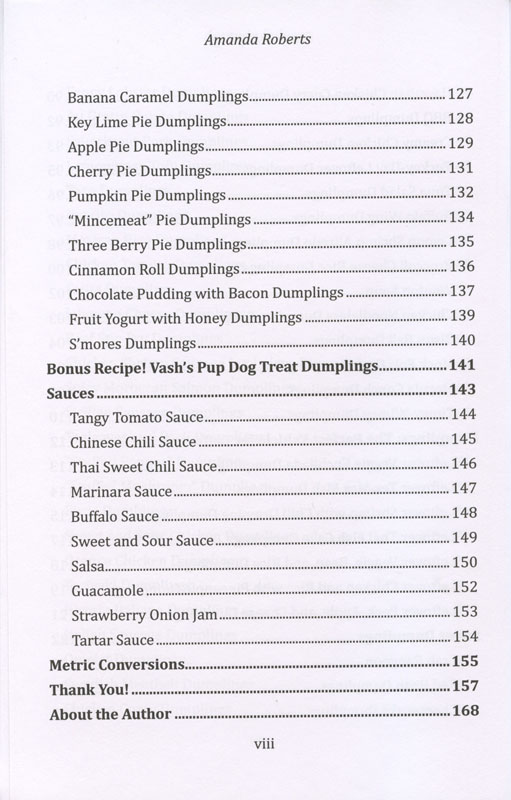 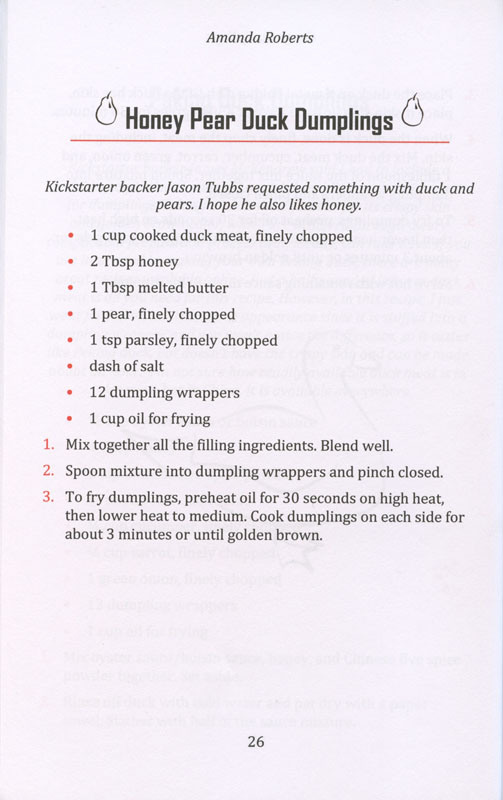