China is a vast country of great diversity. Bordered on the west by the soaring Himalayas, on the north by the harsh Gobi desert, and on the south and East by the Pacific, China encompasses an extraordinary range of climates and landscapes. The north of China, separated from the rest of the country by the Tsinling Mountains, whose highest peak reaches eleven thousand feet, is arid, windy, and dusty, with Arctic winters and scorching summers. The semitropical south, on the other hand, is blessed with a constant year-round temperature that supports abundant yields of bananas, oranges, and lychees. In the southeast are found the fantastic karst hills of Kwangsi and Kweichow that inspired Chinese landscape artists. In the west the fjord-like gorges of the Yangtze River give way to large, placid lakes and gently rolling hills on its lower course. 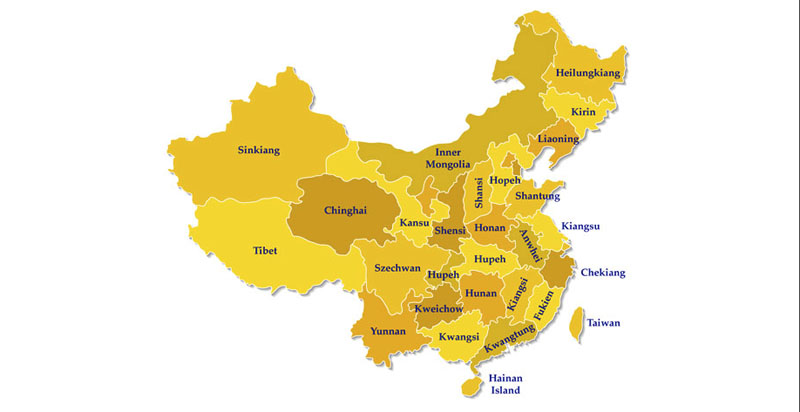 China is also a land of 700 million people who throughout their long histoiy have demonstrated an almost obsessive interest in matters gastronomic. It is a land where people greet each other not with a “Good morning — how are you?” but rather with “Have you eaten?” From earliest times, a respect, even a reverence, for food has permeated all levels of society from the peasant working his tiny plot of land patiently, diligently, for his family’s survival to the scholars, princes, and even emperors who unashamedly wrote treatises and lyrical poems on the subject. Gastronomy, in short, was placed alongside philosophy, literature, and the fine arts as a suitable concern for the wealthy, powerful, and wise.

Legends, rituals, and festivals are intimately intertwined with food. In China a man has at least three banquets given in his honor during his life time. The first takes place one month after his birth. Red-colored eggs are served at the end of the meal to symbolize good luck and fertility. The second is held at his wedding. The third is after his funeral. This is the only banquet at which fresh fish is served. The meal is eaten on the floor and traditionally bean curd is served to the guests.

Reflecting an adventuresome spirit, Chinese culinary history is full of such curious delicacies as bear’s paw, camel’s hump, shark’s fin, fish lips, and a soup featuring the flesh of a poisonous snake which, for whatever reason, may be eaten only in the winter. On a more prosaic level, one reads that menus in the Sung Dynasty (c. A.D. 1000I featured such items as “brushwood eels” (grasshoppers) and even “household deer,” a felicitous label for the ubiquitous rat. We will not discuss the proverbial “two-legged mutton” of that same period whose origin is best left to the imagination, although it should be mentioned that it came in various grades, each admired for its special qualities.

Some have suggested that this preoccupation with food was the result of chronic food scarcity. This may well be so, but one is led to comment that few societies have been so inventive with so little. The cooking of China ranges from delicate wine sauces to rich stews and burning curries. The Chinese relish every taste sensation: hot, bitter, salty, sweet, and sour, frequently combining two or more in a single dish and delighting in the contrast. Texture, too, has been treasured to a much greater extent than in Western cooking, as in the rich glutinous quality of shark’s fin, the fresh crispness of bean sprouts, the delicate smoothness of Chicken Velvet, the crunchiness of cloud ear fungus.

A degree of whimsey indicative of more than routine interest in food can be found in the names of such dishes as Squirrel Fish, Drunken Chicken, and Peking Dust. There is a legend about Emperor Chien Lung of the Manchu dynasty who was touring through Hangchow when he stopped at a peasant’s food stand and asked the peasant to serve him lunch. The poor frightened peasant put together the few meager ingredients which he had and served the dish to the emperor, who enjoyed it so much that he asked what it was called. The peasant, not wanting the lord to know what was actually in the dish, called

it “red-beaked green parrot with jade cake.” After the emperor executed several palace chefs because they could not reproduce this dish by cooking a parrot with a piece of valuable jade, the peasant was finally summoned to the palace where he confessed that the dish he had served to the emperor was actually spinach with red roots and fried bean curd.

When taken as a whole, Chinese cuisine is perhaps the richest and most varied in the world. But to understand this variety — its why and wherefore — one must look to its roots: the many regional cooking styles of China. Each region has its own distinctive style of cooking which, as we shall see, is based on the climate, the topography, the crops that can be grown, the availability of fuel, the histoiy and traditions of the people who live there.

For this reason, we are embarking on a gastronomic grand tour of China. We will start with the eastern coast, centering on Shanghai which has perhaps the most representative cuisine of China. From there we shall proceed to the north, the birthplace of the civilization and traditional center of government with its own very distinct gastronomic traditions deeply influenced by constant contact with the nomadic people to the north of China. Then we will explore the west of China, an isolated region whose food is redolent of spices and peppers. Finally, we will look at the south, where natural bounty has made possible perhaps the greatest variety of tastes and dishes. But first, a bit of history to set the stage. 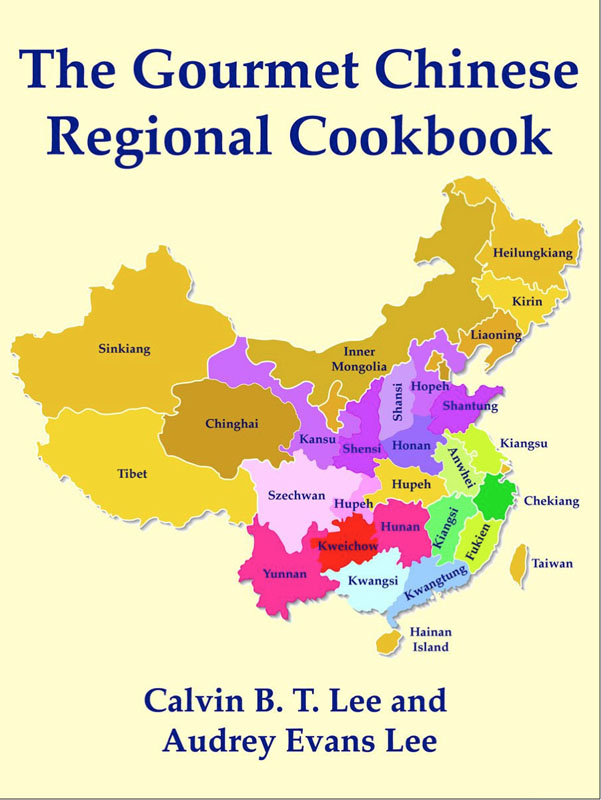 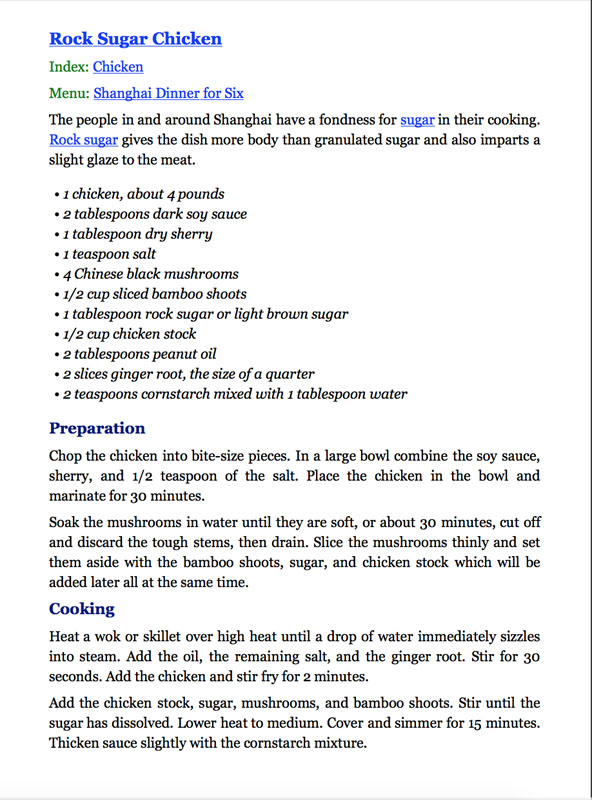