Within China, Yunnan inhabits a unique space. It borders the provinces of Guangxi, Guizhou, Sichuan and Tibet to the east and north, but its longest border, to the west and south, is shared not with another Chinese province but with Burma, and it also touches base with the northern parts of Vietnam and Laos.

The province is ethnically rich, agriculturally diverse and geographically highly contrasted. Each vista is as breathtaking as the next. The land moves from snow-covered mountains to some of the world’s deepest gorges, active volcanoes and some almost bizarre formations such as the Stone Forest. There are deciduous and coniferous forests, and lush tropical jungles. That many mountains and trees (as well as animals and insects) are widely considered holy comes as no surprise.

Of a similar size to France (and with a similar range of regional cuisines), Yunnan is surely Chinas most glorious province. It is home to a wealth of flora and fauna, with many of the world’s favourite flowers introduced from here. Of the 56 ethnic minorities formally recognised in China, 51 of them are represented in Yunnan (and 15 live exclusively here), and the otherwise dominant Han people (more than 90 per cent of the population of China) account for less than two-thirds of the population in this province whose name literally translates as “South of the Clouds.”

It is a province of thrilling colour, too, and not only in the striking dress of some of the ethnic minorities who stick, still, to sartorial tradition - but also in its landscapes. Against a background of dark, brooding hills, brilliantly white cranes peck in brilliant green paddies under the sun’s generous rays. Wild flowers abound roadside in shades of yellow, purple, blue and pink. Bright yellow rape fields extend to the horizon. Perfumed white peaches hang from low branches in orchards sloping gently towards lakes.

Not much grows at the high altitudes around Shangri-La, close to the north of the province on the borders of Tibet and Sichuan, where yak meat and yak products form the basis of the diet. But down south in Xishuangbanna, the produce is varied and decidedly south-east Asian; the markets of Jinghong city are a riot of colours and aromas. It is a similarly rich story in the province’s capital city, Kunming, known as the City of Eternal Spring because of its temperate climate all year round, which results in a bounty of agricultural produce.

So it is hard to generalise about Yunnan cuisine. It almost doesn’t exist, as each of the ethnic minorities have their own cooking traditions, and there’s actually very little “Chinese” food on offer outside of Kunming - and even here it would incorporate local herbs, and chilli. The Cantonese might consider Yunnan food lacking in sophistication, and the average Sichuanese might judge it as lacking in flavour. In fact it probably sits somewhere between these two mighty gourmet

traditions, with a Canton-esque emphasis on fresh produce but a Sichuan-esque predilection towards spice. Among the ethnic minorities, there are already widely differing attitudes to the amount of sour, salty and spice incorporated. However, the cooking of the Dai and the Naxi, the most easy to find because of copious restaurants in Jinghong and Lijiang respectively, are universally enjoyed.

If there is a culinary unifier within Yunnan, it is surely wild mushrooms, which emerge across the province in copious colours, shapes and sizes. These are eagerly and expertly (for many of them are toxic) foraged from wooded hillsides during the summer wet season. They are considered as nothing less than a gourmet treat; a pinnacle perhaps of the bounty which Yunnan generously provides for the dining table. 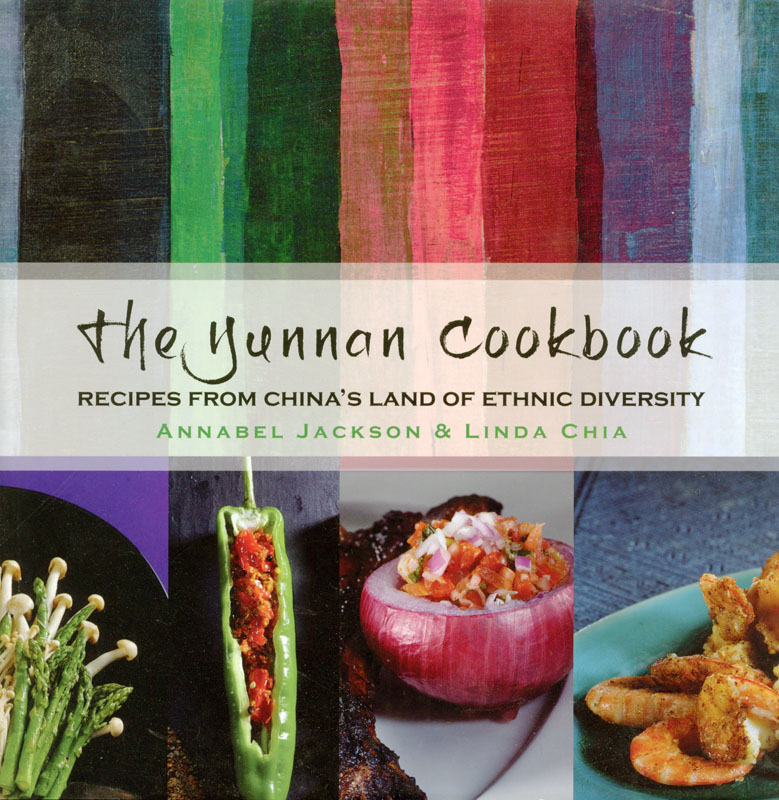 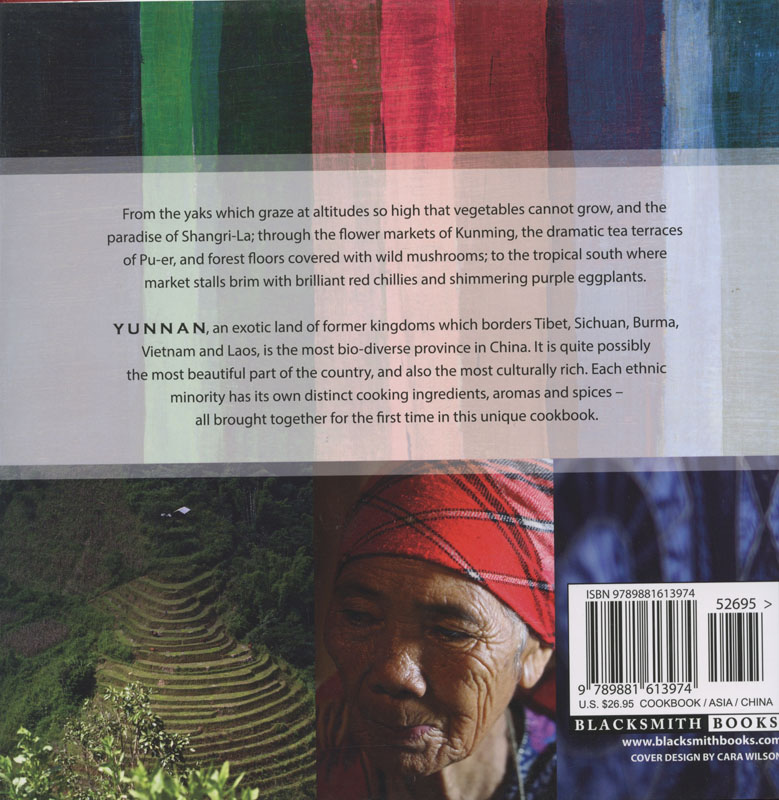 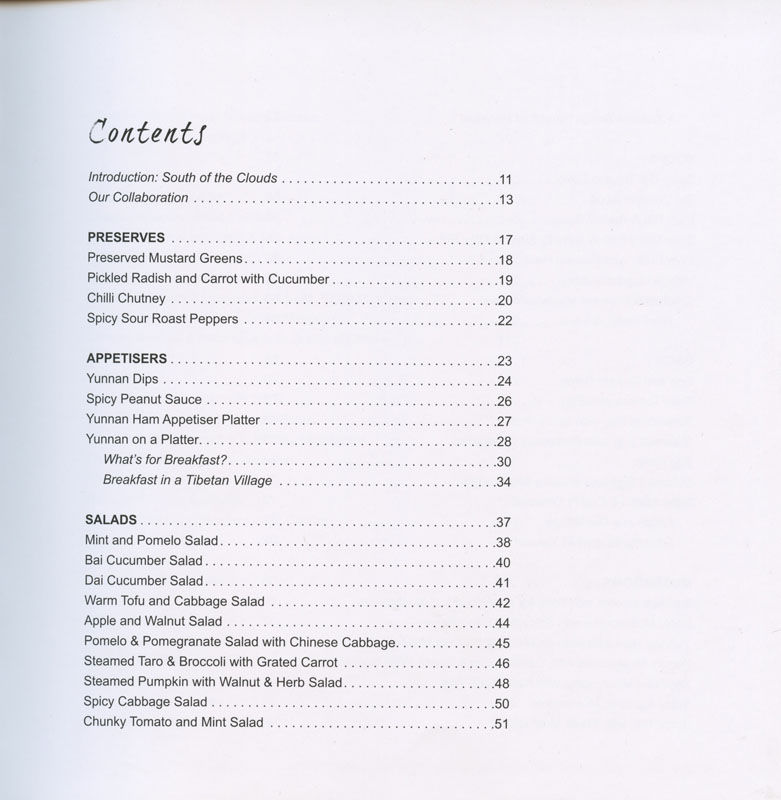 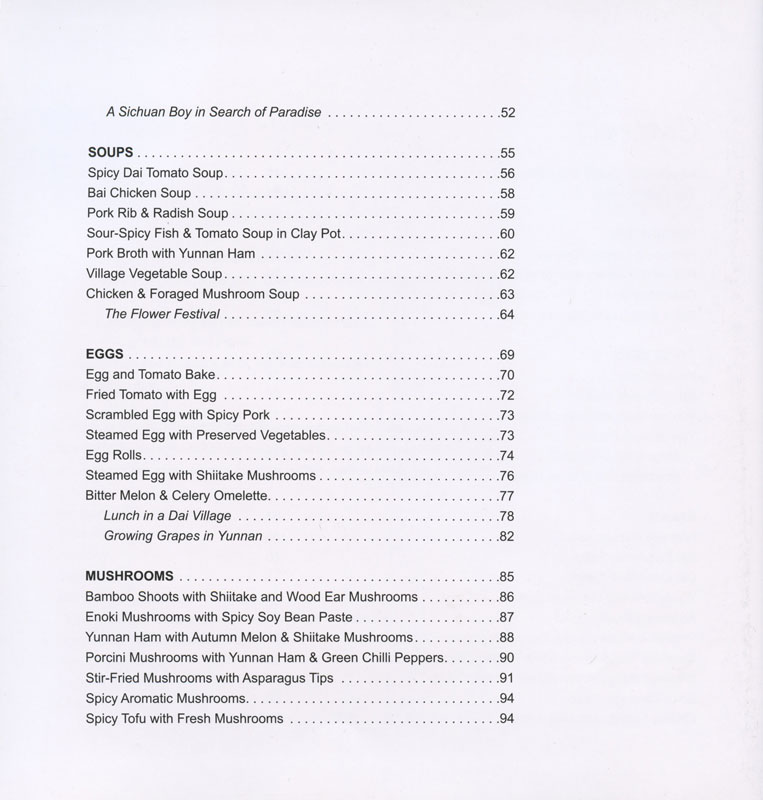 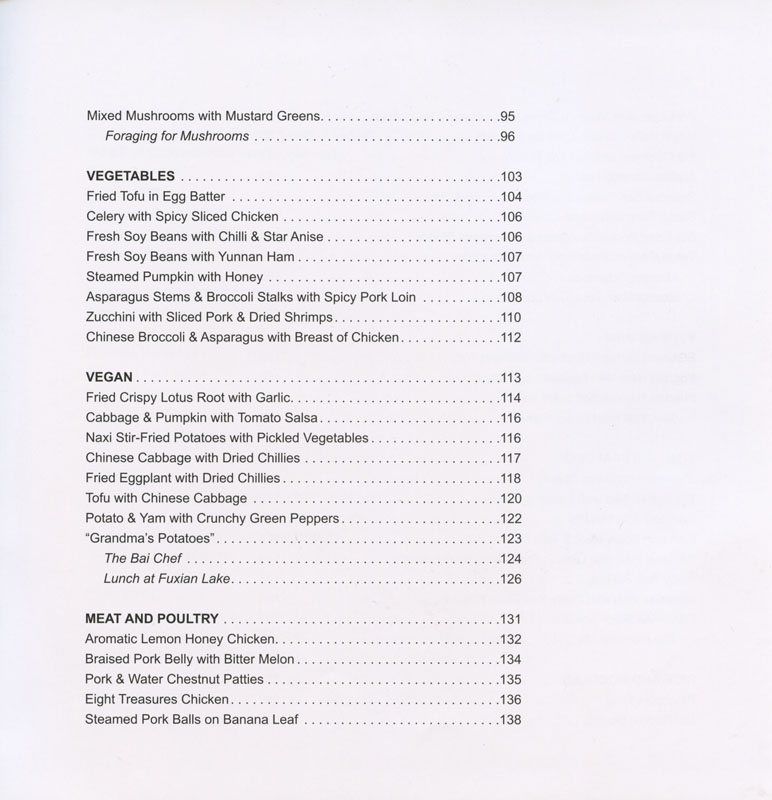 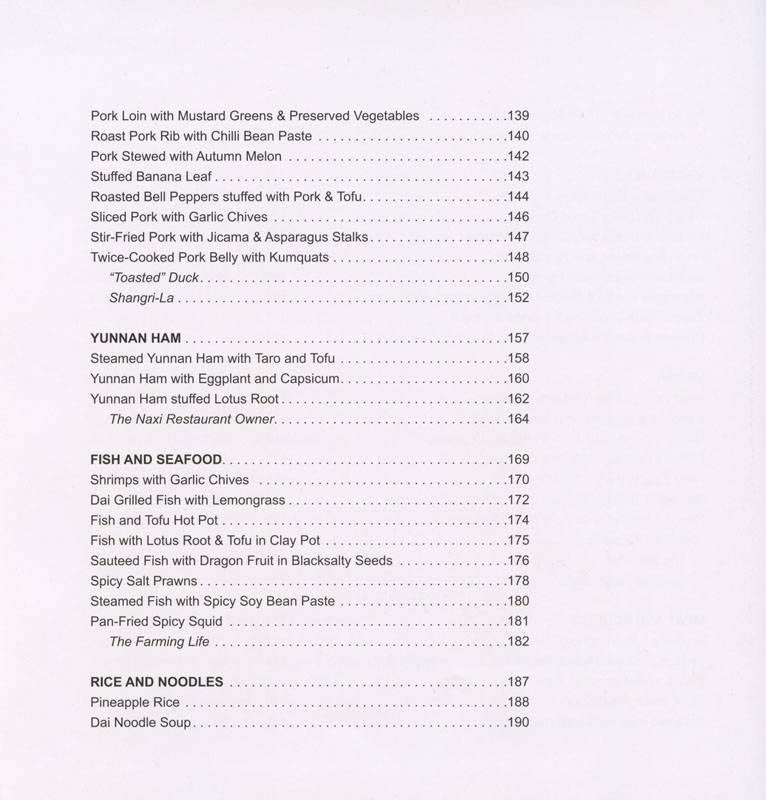 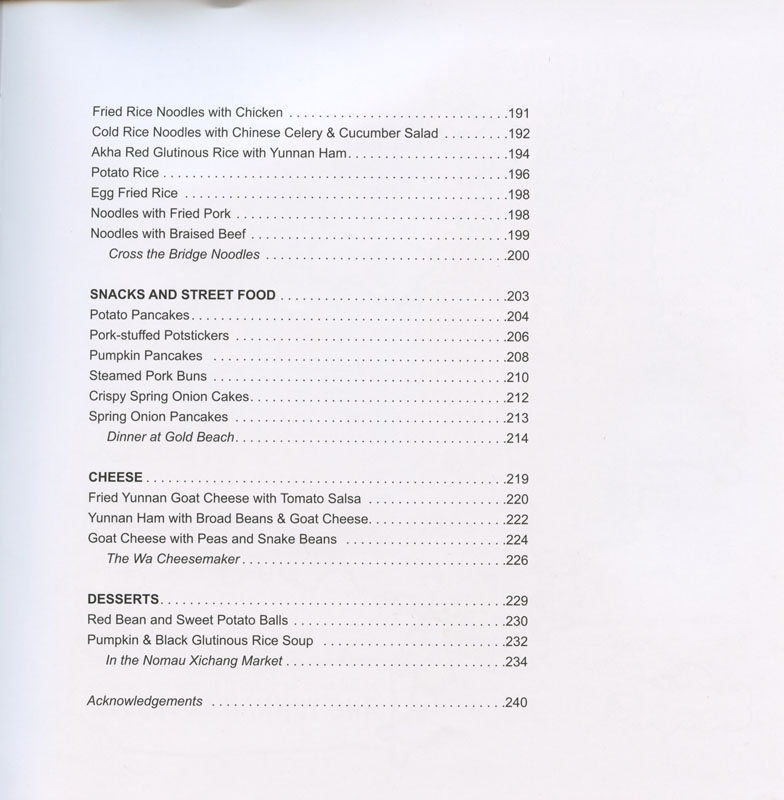 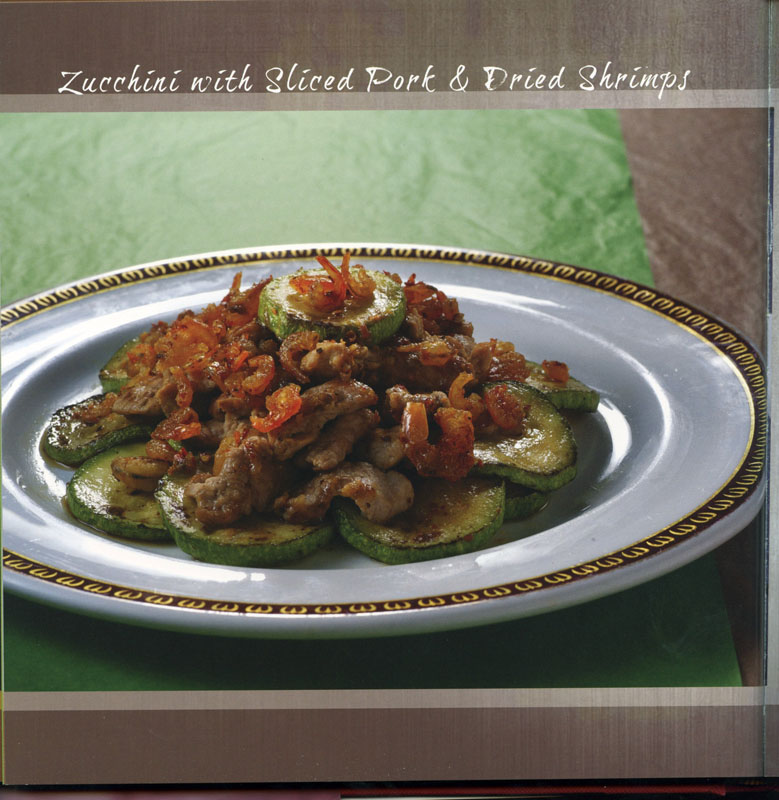 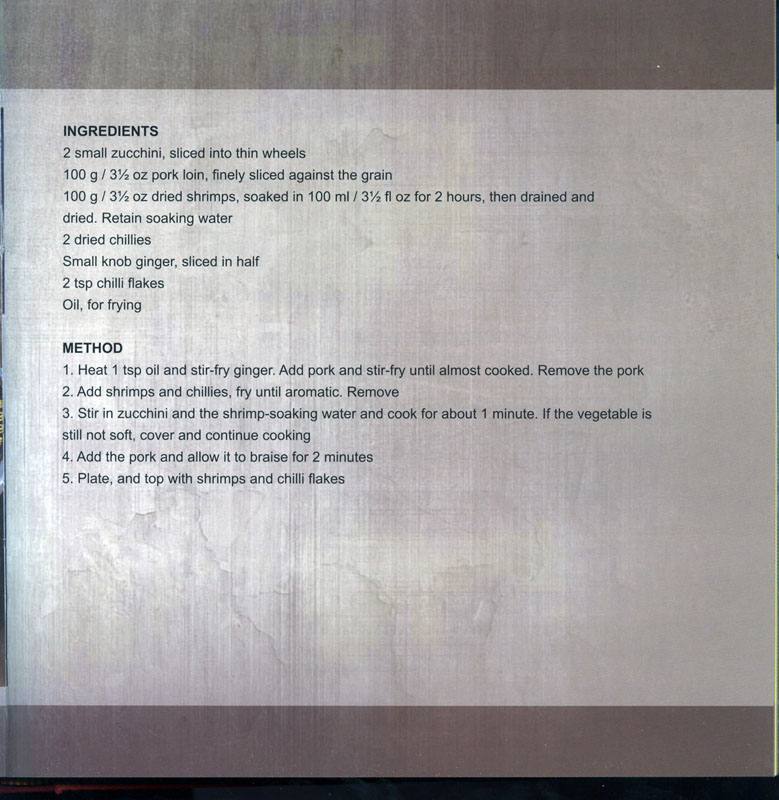